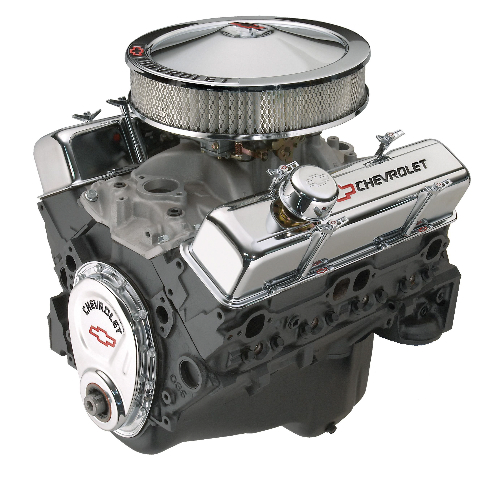 Whether you’re looking to restore your aging whip to factory freshness or cram some old-fashioned American muscle into a new car, plopping a squeaky clean General Motors small-block under the hood is likely to liven up your ride. One problem, though—the General hasn’t used the small-block in production vehicles since the 305 was holding court in Chevy/GMC trucks and vans about a decade ago. And rebuilt motors are rarely as

Never fear, though, as GM has a solution: all-new small-blocks, straight from the source. The company sells the engines through retailers around the country, so pricing varies depending on just how high your local motorman wants to mark up his products; however, you can compare pricing on the GM Performance Parts website. For example, the basic 350 small-block was going for $1,925 as of this post at a dealership in Doylestown, Pennsylvania—and that engine packs 290 horses and 332 pound-feet. Not a bad deal.