The re-up of American muscle isn’t over… but if the new Mustang or Charger wasn’t quite your steez, hang in there- cause it sure looks like the Challenger’s on the way. It’s not clear whether these illegal shots of preproduction shells came from a disgruntled employee or a plant intruder, but either way they’re good news for anyone who’s been eyeing this sleek concept coupe.

Though just a raw body, it appears that the only major difference is the addition of a b-pillar. And while there’s no official guarantee the car will hit showrooms anytime soon, it should be mentioned that more than one shell dropped at the plant. Chrysler’s fired off multiple rounds, and looks to be hittin’ the target dead-on! 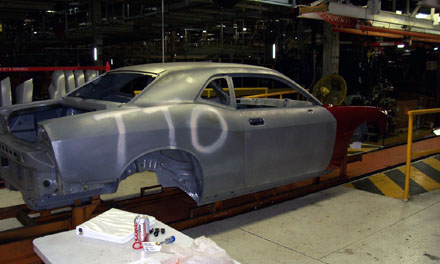 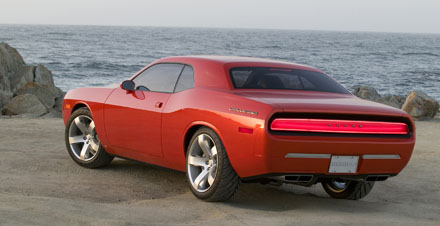