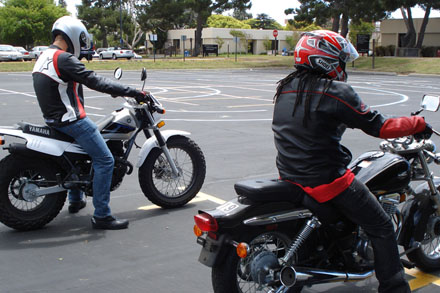 Who would have known that the “King of Crunk” was a dirtbike kid at heart? With a stash of Honda CRF 250’s at his Atlanta crib, the producer/artist reportedly hits the trails as hard as the boards and mic- but with no street bike license, a recently acquired custom chopper was just posted up in his garage, collecting dust.

With the help of the Alpinestars team (a manufacturer of high-performance race gear) and Gunner Wright of DTM, Jon attended a two-day course in Long Beach, CA and passed with flying colors…Yeahhhh! Let’s hope he remembers to carry his proof of insurance.

One Response to “Atlanta Thrasher”