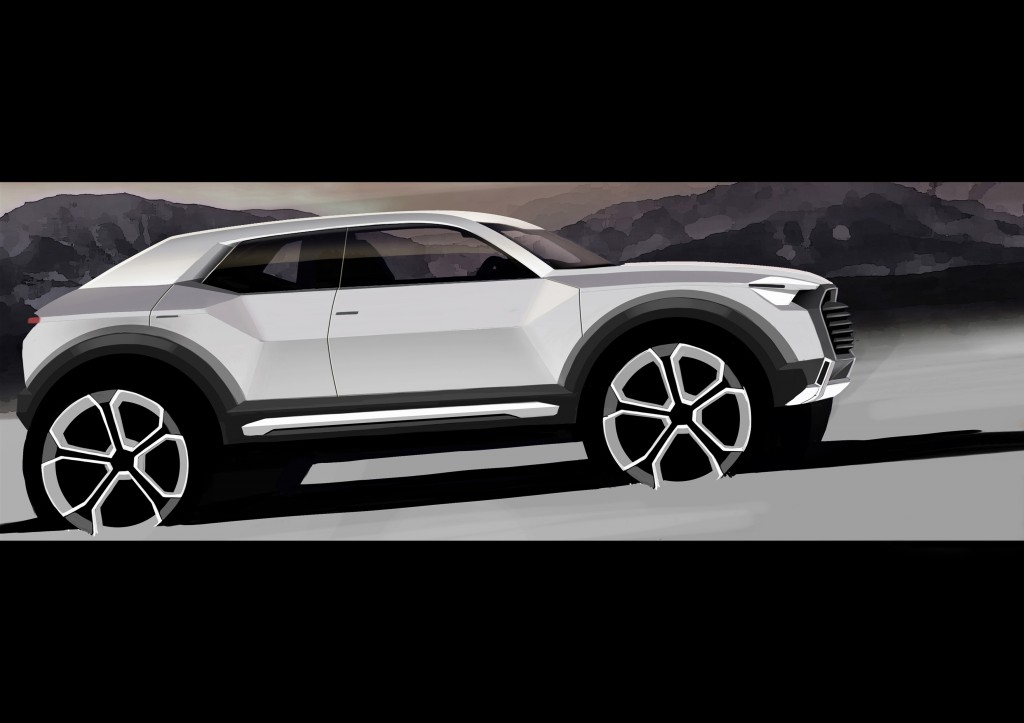 Sometimes it doesn’t seem like there’s a limit to the number of  SUVs German luxury car companies can crank out. Take a look at Mercedes-Benz: as of 2014, they’ll be selling no fewer than five: GLA-Class, GLK-Class, M-Class, GL-Class, and G-Class, each with multiple engines and an AMG version available. And where one of the big three German luxury car makers goes, the others are sure to follow. So yeah, we’re not surprised to see that Audi has confirmed they’ll be builiding a small SUV called the Q1.

As you’d guess from the name, the Q1 will be Audi’s smallest SUV (until they start getting into decimals). It should be roughly the size of the Mercedes-Benz GLA-Class and, like that Benz, powered solely by turbocharged four-cylinder engines. Based on this (admittedly fanciful) drawing, though, it’ll be even more extreme-looking than the GLA, with wide hips and a low roofline.

Look for the Audi Q1 SUV in 2016, probably with a pricetag around $32,000. At that price, we’d definitely consider coppin’ one. [Shout-out to WorldCarFans!]