In a New York Magazine article, ‘The History of Hip-Hop and Mercedes’s Maybach,” the author shows the connection between the often mentioned Maybach and its relationship with hip-hop/rap. Actually, they mention that in total, the Maybach has been referenced in more than 700 rap songs. Crazy!

In our March/April 2012 issue we talked about the past, present, and future of the brand, which you can read below. We even had a slick illustration done by Jon Sibal showing the dying brand. 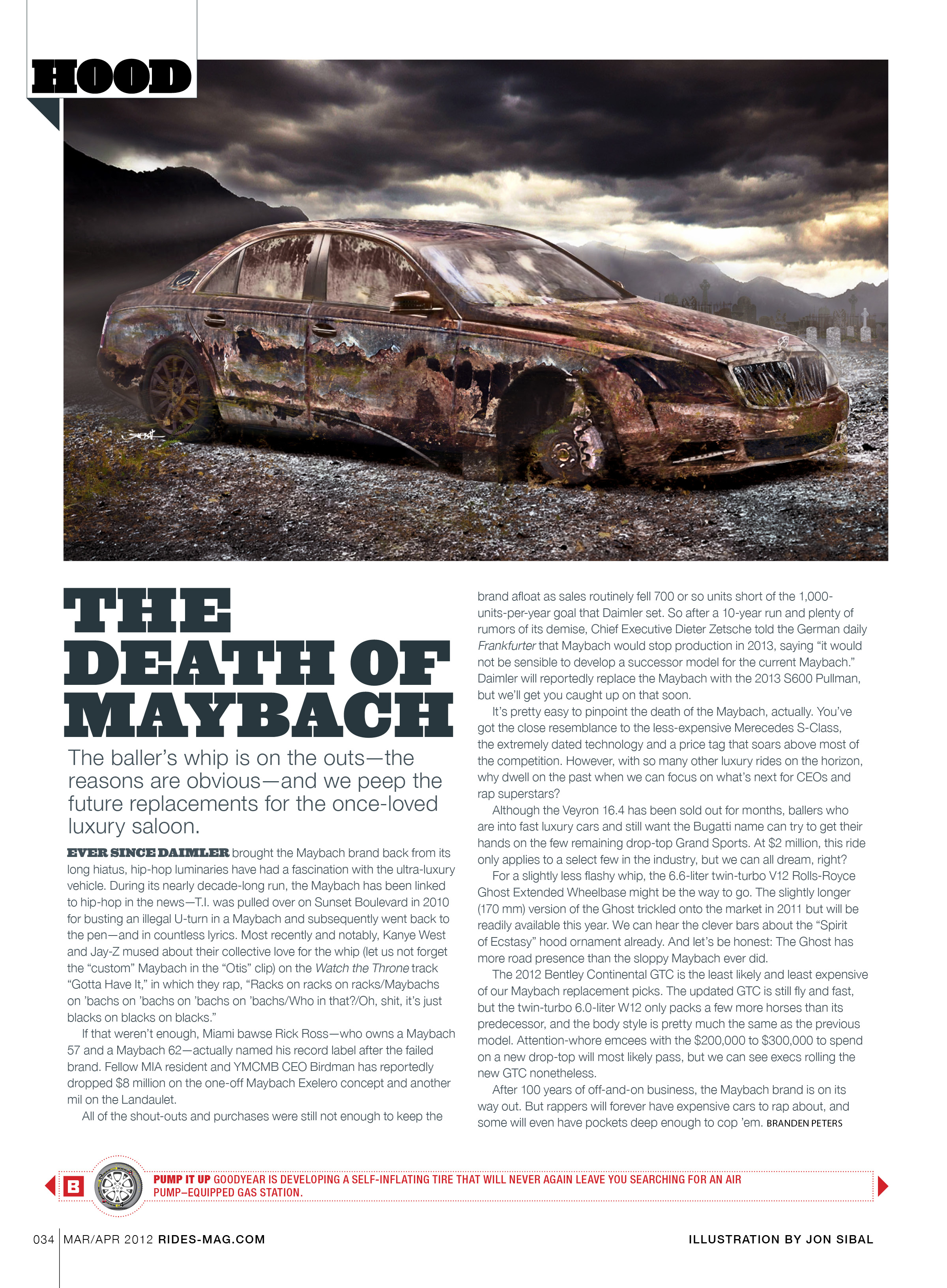