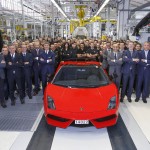 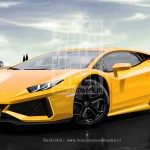 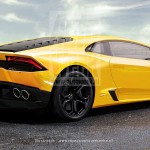 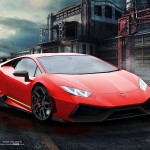 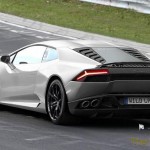 If you’re a fan of Lamborghini (and who isn’t), you’re in for a merry little Christmas this year. Supposedly, the all-new replacement for the Lamborghini Gallardo will make its world debut on December 20th, 2013.

Now, that date’s not confirmed—we learned about it from a reasonably reliable-source on FerrariChat—but it lines up nicely with two other pieces of news we also found today. First of all, Lamborghini announced that the final Gallardo—Gallardo number 14,022, a Rosso Mars-colored LP 570-4 Spyder Performante—rolled off the production line November 25th, after ten years in production. And secondly, Lamborghini has dropped a secret website called The Hexagon Project to promote the new car by giving visitors a chance to hear its motor roar. (That’s just for now; we’re sure they’ll add more content as time goes on.)

It seems unlikely Lamborghini would release a website promoting the new car unless its debut was right around the corner; likewise, considering how important the Gallardo has been to Lamborghini (almost half of Lamborghini’s total production in the company’s history has been Gallardos), it doesn’t seem likely they’d shut down the assembly line unless they needed to start retooling for the replacement. (Also, spy photos—which we can’t show you here, but you can see by clicking this link—have revealed the Lamborghini Gallardo replacement in less camouflage than ever recently, revealing much of its shape.)

The Gallardo replacement will likely be called Cabrera, Huracan or possibly Deimos; whatever it’s called, it will likely come with a revised version of the current Gallardo’s 5.2 liter V10 that makes around 600 horsepower. All-wheel-drive and a seven-speed dual clutch transmission will be standard, though rear-wheel-drive and stick shift models may follow at some point. Expect it to cost around $275,000 to start, and expect to see it on the roads in America by this time next year. [Shout-out to Top Speed, The Hexagon Project, GTSpirit and FerrariChat!]