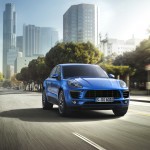 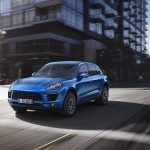 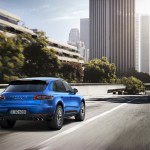 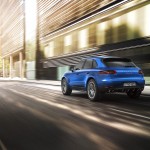 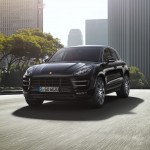 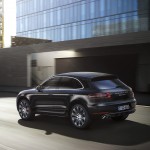 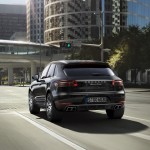 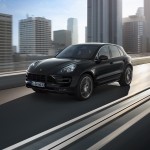 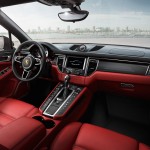 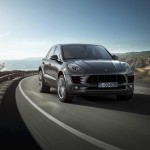 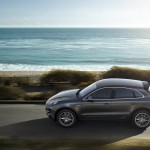 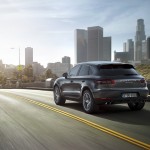 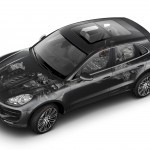 The Cayenne has a little brother! Porsche pulled the wraps off the 2015 Macan, their all-new SUV, last night at a special event prior to the start of the L.A. Auto Show. And we’re betting the Porsche Macan just might turn out to be the new SUV hotness of 2014.

First of all, check out those lines. The Cayenne’s general looks have been scaled down nicely for the Macan, making it look arguably leaner and more hard-edged than its bigger Porsche brother. (It’s only a matter of hours before Wald drops a Macan body kit.) The Porsche Macan will come in two different trim levels at its launch: the Macan S, equipped with a twin-turbo 3.0 liter V6 making 340 horsepower and 339 lb-ft of torque, and the Macan Turbo, which uses a 3.6 liter twin-turbo V6 making 400 horsepower and 406 lb-ft of torque. (Don’t ask  why one Macan is called the Turbo if they’re both turbocharged.) The 2015 Porsche Macan S will do the 0-60 dash in 5.2 seconds, while the Porsche Macan Turbo will do it in 4.6—and subtract two-tenths of a second from both those times if the Macan in question has the Sport Chrono package. A seven-speed PDK transmission’s the only choice for gears.

Just like the Cayenne, all-wheel-drive is standard on all Macans, which should make for dynamite performance on-road. But the Macan isn’t just made for the tarmac—a standard off-road mode changes the AWD system’s settings and the transmission shift points to improve off-road performance. Plus, if you cop the off-road suspension, you can jack it up an extra 1.58 inches for 9.06 inches of ground clearance.

The interior looks sporty and fresh, too, with a sport steering wheel, sculpted jet fighter-esque center console and sleek leather seats. Paddle shifters and a powerful audio system come standard, which is a refreshing change—most of the time, Porsche charges extra for that kind of thing. It’s a sign that Porsche wants the Macan to appeal to a broad audience. They’ve bet big money on this little SUV; Porsche invested $670 million in the plant where the Macan will be built, and hopes to churn out 50,000-plus Macans a year. With the Macan S starting at $49,900 and the Macan Turbo starting at $72,300, Porsche seems poised to make plenty of money off the Macan if they sell as many as they hope. And based on how dope the Macan seems, we’re betting they won’t have any problem selling them.