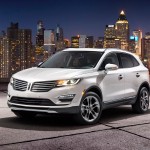 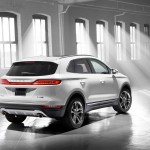 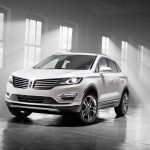 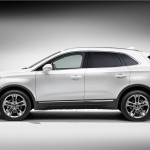 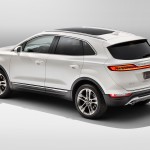 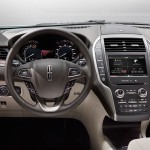 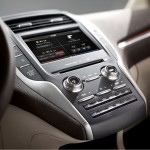 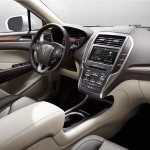 It’s been a long time since there was a new Lincoln worth writing about here in RIDES. The Navigator’s been old news for half a decade now, the Town Car is dead, and the LS—the last really cool Lincoln we can remember—is long dead and gone. The last three cars Lincoln rolled out were basically a tarted-up Flex, a fancy Taurus and a bougie Fusion—and with Ford already offering Platinum trim versions of all three that all but match the Lincolns in terms of luxury, the reasons to keep Lincoln around seemed to be disappearing by the hour.

But the new 2015 Lincoln MKC, well, it might just be the car to turn Lincoln’s trend around. It may be based on the Ford Escape, but with the MKC, Lincoln’s actually gone the extra mile in revamping the car inside and out in order to make it an attractive choice on its own.

The lines are crisp and clean—it’s the first Lincoln in a while with real visual distinction from the Ford its based upon. The interior looks luxurious and advanced—and we can’t tell you how happy we are to see actual dials and buttons to control the climate and radio, instead of just a touchscreen. Lincoln bolted some novel tech features onto the MKC as well, including “Approach Detection,” which activates LED lighting strips on the car as it sense the approach of the key fob in the driver’s pocket, and a built-in modem that allows you to check the MKC’s gas, remotely turn it on or off, or find the car in a parking lot just using your phone. Not only can the Lincoln MKC parallel-park itself, it also has a feature that allows the car to automatically pull itself out of a tricky parking space. The self-driving car is closer every day…

If you still like to drive (as we do), you’ll be glad to hear the Lincoln MKC isn’t lacking under the hood, either. The base engine is the Escape’s top motor—a 240 horsepower, 270 lb-ft 2.0 liter turbo four—but the optional motor is where the fun’s at. A 2.3 liter turbocharged inline-four making 275 horsepower and 300 lb-ft of torque, it’s making ts debut in the MKC before finding its way into the all-new Mustang due to come out next year. Both motors connect to either the front wheels or all four wheels via a six-speed automatic.

With a starting price of $33,900, the Lincoln MKC will be the cheapest member of the Lincoln family when it arrives in the very near future. Which works out nicely, as it’s also the most desirable of the Lincoln family. Who wants to take bets on how quickly we’ll see MKCs on 24s rolling the streets of the South? [Shout-out to Lincoln!]