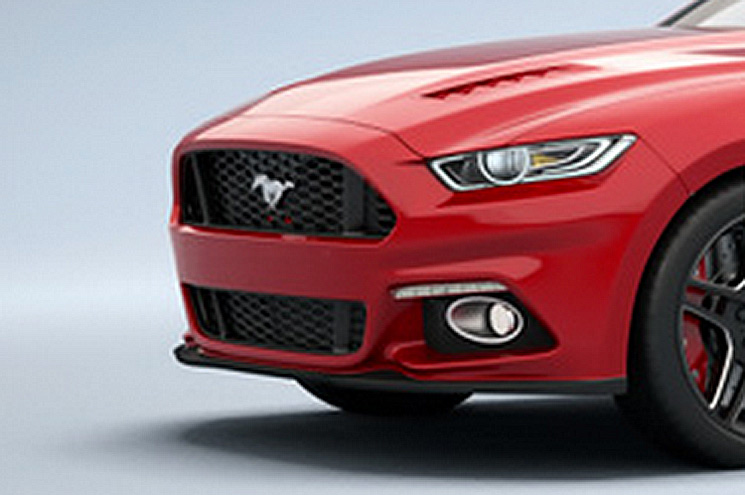 Preview image via Car and Driver.

Brace yourselves—the all-new 2015 Ford Mustang will make its world debut on December 5th, 2013. And based on everything we’ve seen and heard, it’s going to be dope as hell.

According to Car and Driver‘s deep investigation into the new ‘Stang, the 2015 Ford Mustang will look more taut and modern without losing its characteristic old-school swagger. (The pic above is a small portion of Car and Driver‘s computer-generated preview of what the 2015 Mustang should look like; hit this link to see a full 360-degree preview of the car at their website.) Power will initially come from the same 305 horsepower V6 and 420 horsepower 5.0 liter V8 as in the current Mustang, but by late 2014, Ford is expected to up the 5.0 liter’s output to around 500 horsepower. Soon after, the 2.3 liter turbo four from the 2015 Lincoln MKC will make its way under the Mustang’s hood making around 310 horsepower; that’ll leave a big gap between the base models and the V8, so don’t be surprised to see the 3.5 liter twin-turbo V6 from the Taurus SHO make its way to the new Mustang to bridge the gap with an output of around 400 horses. (Oh, and the monstrous 662 horsepower 5.8 liter supercharged V8 in the Shelby GT500 should stick around for a couple years, to eventually be replaced by a high-tech twin-turbo V8 making 550-600 horses in a new GT350 model.)

Based on the spy pics floating around the web, Car and Driver’s details and, well, just a general good feeling we have about it, we’re pretty sure the new 2015 Ford Mustang is gonna be one sweet ride when it drops. The fact that we’re gonna see it in just 16 days is just icing. [Shout out to Ford on YouTube, Car and Driver!]