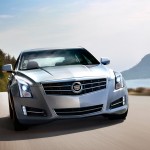 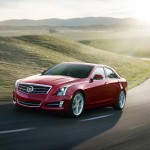 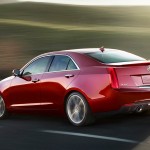 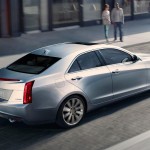 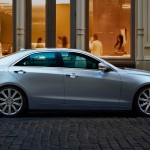 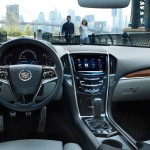 Cadillac’s all-out assault on the likes of BMW and Mercedes-Benz has been largely successful thanks to seriously fresh new cars, like the XTS, the new CTS, and the ATS. But as of now, all three of those are only available in sedan form—if you want a fresh coupe or a drop-top, you’re stuck either buying the last-gen CTS (for a coupe) or going with a Benz or Bimmer. That’s set to change come January, though, when Cadillac is expected to reveal the two-door coupe version of the ATS.

A two-door ATS was pretty much a foregone conclusion—the BMW 3 Series, the ATS’s direct competitor and primary target, comes in a very popular coupe version, along with convertible, station wagon, and whatever you call the 3 Series Gran Turismo forms. According to Edmunds, the two-door hardtop Cadillac ATS will make its debut at the 2014 North American International Auto Show, more commonly known as the Detroit Auto Show, before going on sale next summer.

As with the sedan, multiple engines are expected in the ATS coupe: the 2.0 liter turbocharged inline-four making 272 horsepower and the 3.6 liter V6 making 321 horsepower seem guaranteed, though we could see the base 2.5 liter inline-four being left off the sheet. If we’re lucky, Cadillac may reveal the ATS-V along with the coupe; the ATS-V will almost certainly come in both coupe and sedan forms and will probably be powered by a 3.6 liter twin-turbo V6 making around 450 horsepower, though we’d be thrilled to see Cadillac slide, oh, the 6.2 liter V8 from the Corvette Stingray in there instead.

With no word on when Cadillac will reveal a new-generation CTS coupe, the ATS may have to serve as the power two-door in Cadillac’s lineup for some time; the Chevy Volt-based ELR may also have two doors, but the ATS’s greater power and lower price should make it far more common on the streets. Cadillac’s been producing hit after hit lately, so we’re excited to see what they drop next. [Shout-out to Edmunds!]