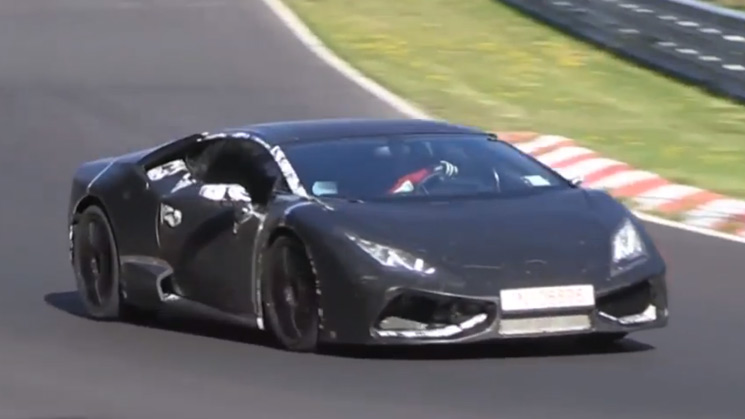 The Nürburgring Nordschleife, in case you’ve never heard of it, is one of the most demanding race tracks on Earth. Located in the middle of the German woods, at 12.8 miles long, it’s far longer than most race tracks, and has far more twists, turns, dips and hills than your average race track—all of which make it ideal for testing cars. Which is exactly what Lamborghini is doing with their Gallardo replacement.

Rumor has it the new Lamborghini will be called “Cabrera,” but “Deimos” is also a possibility. Either way, it should be a major step-up from the decade-old Gallardo it’s replacing; expect a new version of the Gallardo’s 5.2 liter V10 making more than 600 horsepower, a smooth-shifting seven-speed dual clutch transmission, all-wheel-drive, and insane looks inside and out—the latter of which you can get a sense of even through the camouflage on the prototype ripping around the track. Who wants to take bets as to who’ll be first to toss this new Lambo into a rap video?