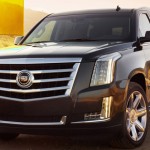 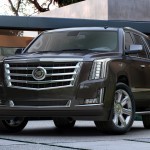 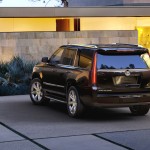 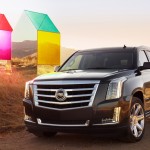 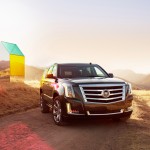 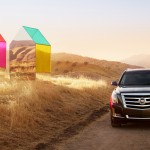 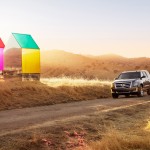 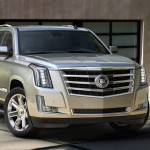 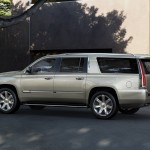 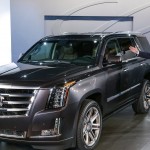 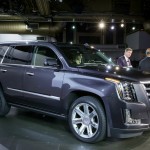 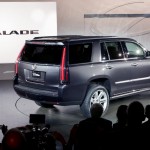 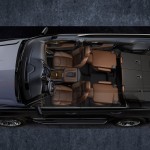 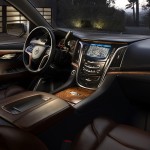 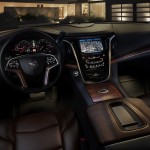 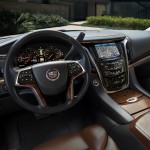 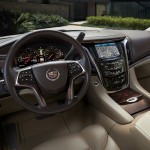 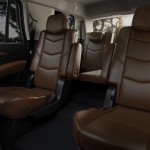 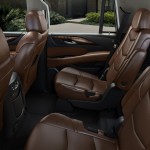 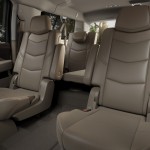 If you were worried that the all-new 2015 Cadillac Escalade was going to wind up neutered or downsized by safety or fuel economy regulations, well, you worried for nothing. The 2015 Escalade dropped last night in New York City, and we were there to see it firsthand—so we can confirm that it’s just as big, just as bold, and just as bad a mutha as it ever was.

Evolution, not revolution, is the watchword with the 2015 Escalade’s style—with its enormous grille, bold headlamps, blocky sides and clean angles, it’s clearly a Cadillac, and it’s instantly recognizable as an Escalade. LED lighting gives the 2015 Cadillac Escalade a more refined look without costing it any of its bluster. (Cadillac only had the regular Escalade available to see at the premiere, but the Chevy Suburban-sized Escalade ESV will also be available when this ride enters production next year.)

Power comes from a 6.2 liter V8 with direct injection and cylinder deactivation making 420 horsepower and 460 lb-ft of torque; two-wheel-drive and all-wheel-drive versions will both be available, both connected to a six-speed automatic. Magnetic ride control is now standard, delivering improved ride comfort and handling via its fast-adapting magnetic shocks—so quick, at 60 mph, they can adjust their firmness in the time it takes the Escalade to travel three inches.

The guts are where the 2015 Escalade has made the most progress, though. Cadillac’s latest big SUV comes with an interior that lives up to their old “Standard of the World” catchphrase—it’s that dope. Supple, high-end leather, handcrafted wood and fine suede cover almost every surface, while fit and finish have been improved. And as you’d expect with a top-of-the-line luxury ride these days, the 2015 Escalade comes loaded down with the best tech its maker has on hand: Cadillac’s CUE infotainment system comes standard, complete with 8-inch touch screen and proximity sensors that detect when your hand is near the screen and changes the display to bring up the buttons; the instrument panel consists of a 12.3 inch digital display, as in the Cadillac XTS; there’s an available Blu-Ray player for the backseat occupants’ enjoyment; and adaptive cruise control, radar crash warning, lane departure warning, and GM’s “Safety Alert Seat” that vibrates to warn the driver of danger are all on the options list, among other choices.

The 2015 Cadillac Escalade and 2015 Escalade ESV will go on sale in early 2014, but if you dig it—and how could you not?—we suggest hitting up your Caddy dealer ASAP and putting your name on the list. We have a feeling the new Escalade is gonna be one of the hottest rides on the street in 2014…