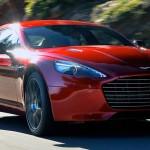 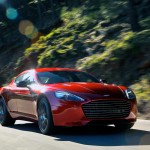 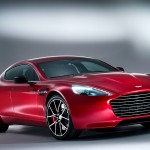 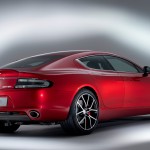 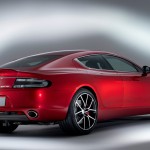 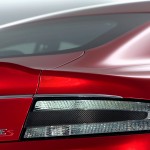 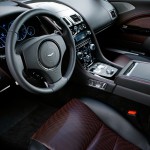 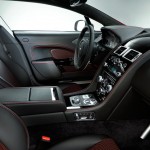 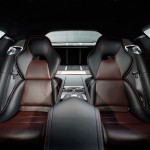 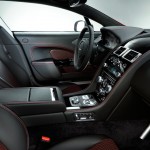 About three and a half years ago, Aston Martin did something they hadn’t done in a very long time: they started selling a sedan. A damn fine-looking one, at that. The Rapide was one of the few four-doors out there that looked good enough to erase any bit of that slight disappointment that comes when you want to buy a sports car but have to buy something with four doors for one reason or another. Its long wheelbase and sleek, coupe-like roofline exaggerated the car’s classic Aston Martin proportions, making it look even more elegant than the DB9 it was based on.

But the luxury sedan game moves fast, and the Rapde, while beautful, was already a half-step behind the competition in terms of performance and luxury when it arrived in 2010. So for 2013, Aston Martin gave the Rapide a significant refresh—significant enough that they changed the name from Rapide to Rapide S. The new version packs 80 more horsepower, a new version of Aston Martin’s Adaptive Damping System, and exterior and interior style upgrades like piano black trim and perforated red and black leather (inside) and a carbon fiber trim package (outside), all of which are much-appreciated improvements.

Unfortunately, every Rapide S also comes with that new face.

Yeah, it’s more bold. But it’s a lot less classy than the old Rapide’s look; worse yet, it’s also less distinctive. The initial Rapide was both breathakingly beautiful and obviously an Aston Martin; the Rapide S still has both those traits, but dials them down about 10 percent in favor of 25 percent more aggression. You get used to it after a bit, but we still think the outgoing model looked just a little bit better.

In every other way, though, the Rapide S is a serious improvement over its predecessor. It’s the last sedan in the world with a naturally-aspirated V12 engine; compared to the potent twin-turbo V8s and V12s in its competitors, it’s down a little on low-end grunt, but it more than makes up for it by pulling like a Labrador puppy in the top half of the rev range—and it sounds astounding doing it. The Rapide S is built on the same basic chassis architecture as the DB9 (and most of the rest of Aston Martin’s model range), which gives the car a sports car-like weight distribution of 48 percent front/52 percent rear, and helps contribute to a modest (for its class) curb weight of 4,400 pounds or so. As a result, the Rapide S handles more like a sports car than most $200,000 sedans. Hell, it handles more like a sports car than a lot of actual sports cars. Aston Martin cut us loose on a racetrack with the Rapide S, which seemed like an odd choice at first for a luxury sedan—until we found out just how hard the Rapide S could be pushed around the track. Suddenly, their choice made a lot more sense.

Building a sedan out of a sports car does lead to a few compromises. The cabin is gorgeously finished and meticulously made, but it’s snug. Not lacking in room, but snug—each person has their own sculpted-out little quarter of the car, and they’re expected to stick to it. The rear seat is big enough for full-grown adults, but that dramatic roofline that looks so good from the outside leaves the back seat feeling more like a cave. This ain’t no Bentley or ‘Bach; the rear seats are all right, but this car’s made for the person in the front left. And that’s just the way Aston Martin wants it.

See, while the Rapide S faces off against cars like the Bentley Flying Spur, the Rolls-Royce Ghost and the Mercedes-Benz S65 AMG in price, power and prestige, it’s a different sort of animal at its core. Those cars are fun from behind the wheel, but they’re made for long drives at high speeds, for lounging out in the lap of luxury and high technology while passing cars ten at a time on the highway. They’re relaxed cars. (The S65 AMG a little less so than the others, but still.) The Rapide S, though, is a sports car with four doors—like a Subaru WRX STI or a BMW M3 four-door, just at a higher price point. If that ain’t what you’re looking for, well, then the Rapide S ain’t for you. But if you want a four door that costs as much as a decent house but brings both serious style and hustle…it’s right up your alley.