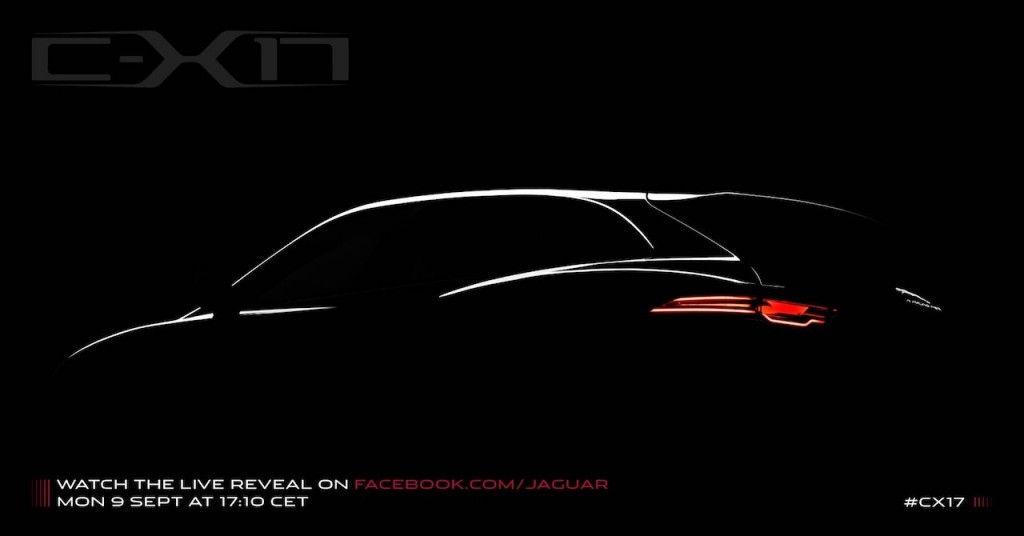 We mentioned a couple months ago that Jaguar was planning on building their very own SUV, one not based on a Land Rover but instead a fresh crossover all Jaguar’s own. Well, it seems like we’ll be catching a glimpse of it sooner rather than later. Jaguar announced today they’ll be unveiling a concept car called the C-X17 on September 9th, and judging by the shadowy silhouette we see in their announcement, it looks like a concept car version of that very SUV.

While we’d hoped, based on the name, that the C-X17 might be a supercar successor to the awe-inspiring C-X16, we’ll be pretty happy if it turns out to be a tight little crossover sport-ute—especially if it looks as hot as we’d expect a new Jaguar to be. Going by this pic, that seems pretty likely. Dope. [via Jaguar]

(WHITLEY, UK) – September 1, 2013 – The C-X17 has been created as a design study to introduce Jaguar’s new, highly-advanced, modular aluminum architecture.

The concept illustrates the diversity of vehicles that could be produced using this architecture, which underpins the innovative future of the Jaguar brand.

Jaguar will also display its newly introduced production models at the Frankfurt Motor Show. These will include the recently launched ‘R’ performance models – the XJR and XFR-S – as well as the highly-acclaimed F-TYPE.