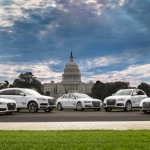 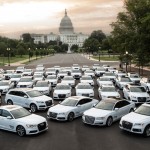 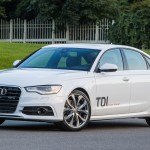 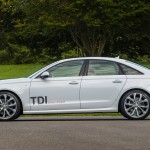 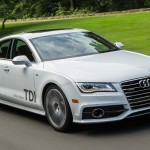 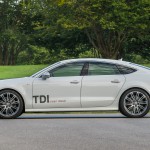 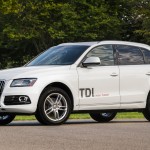 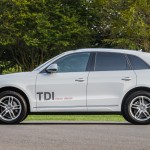 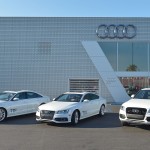 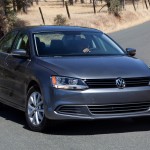 Alternative fuels and energy sources are the talk of the automotive world today. Gasoline’s great, but there’s only so much of it to go around—and making more isn’t exactly an option. These days, hybrids and electric cars seem to be the popular choice among those looking to save the planet (or just some money)—but electric cars take hours to refuel instead of minutes, and hybrids score most of their efficiency gains in town, not on the highway where most Americans log the majority of their miles.

But what if we told you there was a fuel out there that’s almost 25 percent more efficient than gasoline, that enables otherwise normal full-sized sedans to get 40 miles to the gallon? One that goes into a tank just as quickly, and is available in pretty much every town in America? One that you can even make out of French fry oil?

That’s right—we’re talking diesel here. Though they make up an enormous percentage of new car sales in Europe and other parts of the world (in some places even outselling gasoline-powered cars), diesel cars have a stinky, oily stigma here in the United States, brought on by the stinky, oily diesel cars manufacturers rolled out during the gas crisis of the 1970s. When cheap gas returned, Americans dropped diesels like an overcooked microwave burrito, and for the most part, they’ve stayed well away from them since.

But while we were avoiding diesel cars, something funny happened: they got good. Car makers cleaned up the engines, so they no longer spewed clouds of black smoke from their tailpipes; they quieted them down to the point that only a trained ear could tell the difference between a gas-powered car and a diesel one. Diesel has gotten so good, in fact, that the world’s top levels of car makers can put oil-burning motors in their luxury cars without risk of alienating America’s discerning wealthy.

The Germans, in particular, have put a lot of effort into bringing luxury diesels to the U.S. Around a quarter of both Mercedes-Benz and BMW vehicles are now available with diesel engines in the States; even Porsche now sells a diesel, under the hood of the Cayenne. But when it comes to deez models, Audi takes the cake—six out of their nine models are now available with turbodiesel engines. (Actually, just one engine, but more on that in a second.)

To test out their three newest diesel models—the A6 TDI, A7 TDI and Q5 TDI—Audi shot us down to Washington, D.C., to drive around the winding roads surrounding the nation’s capital. Like the other two diesel models Audi already brought to the U.S., the A8 and the Q7, each member of the trio of new deez Audis is powered by a 3.0 liter turbocharged diesel V6. In the A6, A7 and Q5, the engine cranks out a rather modest 240 horsepower—but makes up for that with 428 pound-feet of torque. That’s 30 more pound-feet than Audi’s range-topping R8 V10 Plus sports car.

Thanks to all that torque, an eight-speed automatic transmission that keeps the engine right in the meat of the power curve during acceleration, and standard Quattro all-wheel-drive, the A6 and A7 haul from 0 to 60 in 5.5 seconds—only one or two tenths behind the 310 horsepower, 325 lb.-ft. supercharged V6-powered gas models. For the boxier, heavier Q5, the 0-60 gap between diesel and gas widens to half a second, but 6.5 versus 6.0 still isn’t shabby.

When you’re not street racing, though, the diesel’s advantage becomes much more clear. Put it this way: the gas-powered 3.0L A6 gets 18 miles per gallon in town and 28 mpg on the highway; the diesel-powered one gets 24 mpg city and 38 mpg on the open road. (That’s what the EPA says, but in actuality, due to a quirk in the way they test for fuel mileage, diesel cars often wind up beating their government gas mileage estimates.) With its 19.2 gallon fuel tank, the A6 TDI can knock out more than 700 miles on a single tank of fuel—which works out to around 9 hours and 20 minutes of non-stop highway driving. Unless you drive like I do, in which case, that’s more like eight hours.

On a long day of driving through D.C., Maryland and Virginia, the TDI A6, A7 and Q5 proved themselves almost indistinguishable from their gas counterparts—which is meant as a complement. The biggest difference in driving them came when we kicked things up to what well-spoken British auto journalists might politely call “spirited driving,” or what the police would probably call “six points on your license.” Because diesels generate most of their power at low rpms, there’s little point in wringing the engine out to redline the way there is with a gas motor. The best way to make the most of the TDI power, then, is to slam the shift lever into manual mode and use the lever (or the optional steering wheel-mounted paddles) to keep the motor between 2,200 and 3,500 rpm. It takes a little getting used to, but once your brain’s recalibrated to diesel-driving mode, hustling down a back road in the TDI Audis becomes just as much fun as doing so in their gas-powered equivalents.

Otherwise, the A6, A7 and Q5 drove and operated just like any other Audi—which is to say, at the top of their respective classes. The cars rode smoothly and quietly, they looked stylish, their interiors were so well designed and gorgeous they made you hate yourself for not being rich, and they came packed with cutting-edge technology that, for the most part, was easy to use. After a full day and a few hundred miles of tooling around in Audi’s TDI models, it was hard to find a reason why most ordinary people—that is to say, those who value on good gas mileage more than balls-out performance—shouldn’t buy one instead of its gas-powered equivalent.

But those cars came with all the luxuries of a high-level Audi—which, as much as I hate to admit it, can be a bit of a distraction when trying to pay close attention to the engine. Besides, the Audi trip was carefully planned so that we journalists would never have to dirty our hands by refueling the cars ourselves. So to really get the sense of what it’s like to live the TDI life, I called in the little cousin of the Audis: a 2013 Volkswagen Jetta TDI. Then I turned the VW northeast and set out for a week of vacation in Cape Cod.

The Jetta GTI—equipped with a turbodiesel inline-four that makes 140 horsepower and 236 pound-feet of torque—was indeed a little louder and clattered a little more than the Audis, but that’s as much to do with the inherently less-smooth nature of an inline-four compared to a V6…and with the large difference in sound deadening between a compact Volkswagen and a mid-sized luxury sedan. That’s also not to say it was obnoxious, by any means; above 25 miles per hour, the engine’s clatter was covered up by wind and tire noise, as in most cars.

With a smaller engine and less overall mass to lug around, the VW also proved even more frugal on fuel than the Audis were. The EPA claims the Jetta TDI gets 30 mpg in the city and 42 on the highway; over the course of around 800 miles of driving—mostly on highways, but usually at a pretty good clip with the windows down—I averaged around 43. Turns out those engineers at Audi weren’t lying when they said diesels are known to beat their EPA estimates. And while the turbodiesel four wasn’t as peppy as its larger-displacement relative, it still managed to scoot the Jetta around with aplomb—and a satisfying, un-compact car-like torque shove in the 2,000-3,000 rpm range.

The Jetta itself proved a solid fit for a week of vacationing, too. Gone are the days when Jettas were on the smaller side of the compact car segment; the current car is easily big enough to fit four people in comfort and a fair amount of junk in the trunk. It’s so large, in fact, it seems to make the larger VW Passat almost unnecessary—though I suppose if you actually planned on using the back seat to hold people on a regular basis, the Passat’s extra room would be appreciated.

On the way back to New York, I finally had to stop and fill up when I was down to about a quarter-tank. The Jetta could have knocked out another 120 miles or so at that point, but having never filled up an oil-burning car before, I wanted to make sure I had a cushion in case I couldn’t find a station that served deez. I needn’t have worried; turns out about half the gas stations in America carry diesel. The biggest problem I had filling up was that there was only one pump with a diesel nozzle, so I had to wait for some jerk in a gas-powered car to move before I could top up. Other than that, it was smooth sailing.

So after more than a thousand miles behind the wheel of one oil-burning car or another, well, consider me a diesel convert. It’s not for everyone, but no car or powertrain really is. But if the car you’re thinking about buying comes in a diesel version, do yourself a favor—try it out. You might not necessarily drive away in it, but I bet you’ll walk away a believer.