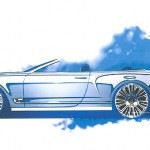 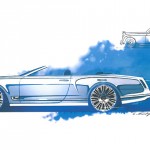 This drawing is all we’ll ever see of the Bentley Mulsanne Convertible. 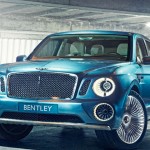 Hopefully Bentley will release pictures of their SUV’s new look soon, so we won’t have to keep rehashing the concept car. 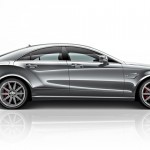 Expect the Bentley four-door coupe to look pretty much like this from the profile view.

We already know Bentley’s future is going to be bright—their product game has been on point the last few years, they have the might of the VW Group behind them, and on top of that, they have that dope 12-cylinder SUV coming in a year or two. But we’ve just learned a couple other details about the future of Bentley that caught our eye.

We’ll get the bad news out of the way first: there will not be a Bentley Mulsanne convertible. There’s just not enough demand for it, according to Bentley CEO Wolfgang Schreiber. “We will not do that car,” he said. “It would be very successful in the U.S. and maybe some regions in Europe, but I think that will not be enough demand for a good business case.” Considering Bentley sells only a bit more than 1,000 Mulsannes a year in the whole world, going to all the trouble for developing a ‘vert version for another 500 yearly sales is a tough sell—especially when Bentley is dumping money into developing their Range Rover-beating SUV.

The good news, though, is that Bentley’s product development plans don’t end with their new SUV. According to CAR magazine, Bentley’s planning a sleek four-door coupe in the style of the Mercedes-Benz CLS. The swoopy sedan would be around the size of the Continental GT, and is being considered as Bentley’s new volume model—which means it’ll be cheaper than the rest of the lineup, though with an expected price of around $150,000, not exactly cheap. The new Bentley four-door coupe will be based on the same platform architecture as the next-generation Porsche Panamera. It’s a flexible platform, one which Bentley can use for everything from that four-door coupe to the Mulsanne’s successor, which should drop around the year 2020. The platform also allows for both better looks, by moving the front axle forward a couple inches, and for a lighter vehicle, thanks to the use of advanced materials. (Supposedly, a future Bentley Continental GT could be almost half a ton lighter than the current one, thanks to the new platform.) The Bentley four-door coupe will, like the Conti GT, likely come with standard AWD and offer a choice of V8 and W12 engines. Look for it around 2018—which is, admittedly, a long time to wait. Maybe you should pick up a CLS/Audi A7/BMW 6 Series Gran Coupe in the meantime to hold you over…[Shout-out to Car and Driver and CAR!]