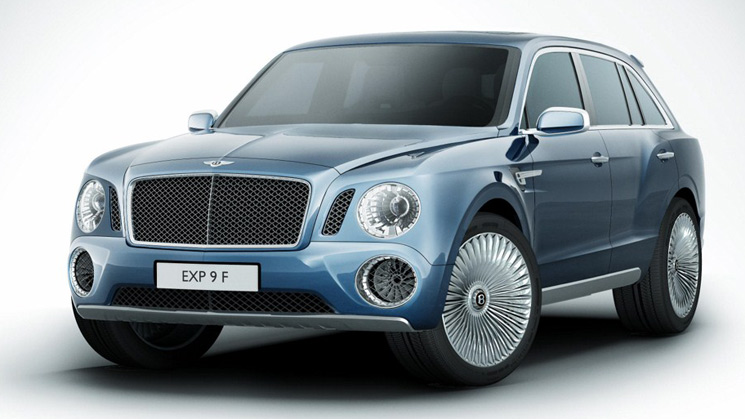 When Bentley’s new SUV hits the streets in 2016, watch out Range Rover, says the company. Bentley has their SUV locked straight on the world’s best-known luxury SUV, and they’re not playin’.

According to Bentley, their SUV “will be the world’s most expensive and luxurious SUV” when it drops—not that we’d expect anything less with a cost north of $200K. The car maker is taking aim at the Range Rover with their new off-roader because 30 percent of Bentley owners already own a Range, so there’s an obvious interest among the Bentley clientele for that sort of truck. And it will be a legit off-roader; Bentley’s global head of sales and marketing, Kevin Rose, says it’ll be as capable off-road as the Range Rover, which is to say, very. “This really is an SUV,” Rose said at the Frankfurt Motor Show. “In the Middle East it has to go up and down sand dunes, and in Europe it has to be able to tow stuff in the wet field.”

And there’s even better news: the Bentley SUV will be powered not by a V8, but by a 12-cylinder engine making 575-650 horsepower. We obviously wouldn’t have complained about one with the Continental GT V8’s 500 horsepower motor, but when it comes to Bentleys, more cylinders (and more power) is always better. Bentley expects to sell about 1,000-1,200 of these SUVs in the U.S every year once it’s on sale. Look for either a new concept car version of a production car at an auto show sometime next year—supposedly the car’s looks have changed a fair bit since the EXP 9 F concept car seen above. [via Automotive News]