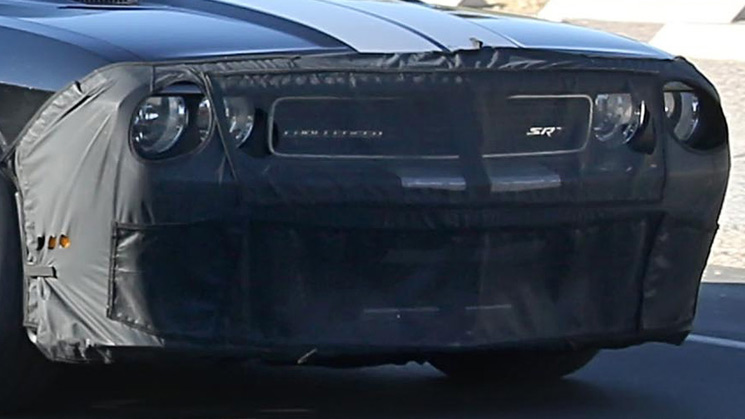 But we didn’t expect Dodge to take this turn of events lying down. SRT bossman and general auto industry BAMF Ralph Gilles (remember, it rhymes with “wheels”) mentioned earlier this year that Dodge would soon have a response to the Camaro Z/28 (and, presumably, the other high-powered muscle cars). We’ve also heard that SRT is working on a new supercharged Hemi—but we figured that motor was planned for the range-topping version of the Dodge-or-SRT Barracuda that’s supposed to arrive pretty soon. Apparently, we were wrong.

Because we’ve learned that what appear to be supercharged Dodge Challenger prototypes have been spotted testing in the desert. We know they’re not test mules for the Barracuda—only the front end of these Challys is disguised, presumably to cover up the larger air intakes needed to feed the more powerful engine. If we assume that Dodge isn’t planning on cranking out two separate range-topping performance Challengers in the last year of the car’s life, than it’s probably safe to assume that this more powerful supercharged Challenger isn’t just a tester for the future car’s engine—it’s probably going to be a production high-performance Chally. Which makes us all kind of excited. [Shout-out to Motor Trend!]