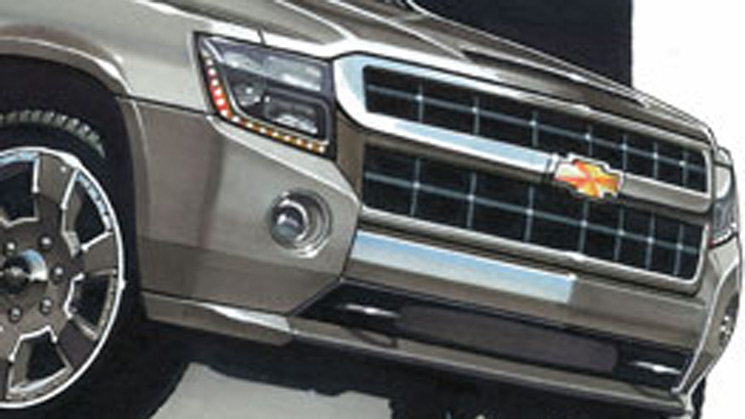 We know how folks in Texas love their trucks and bug SUVs. Well, it looks like Chevrolet knows it too, because word on the street is that they’re gonna drop the all-new 2015 Chevrolet Tahoe, 2015 Chevrolet Suburban and 2015 GMC Yukon/Yukon XL at the State Fair of Texas in late September.

This wouldn’t mark the first time one of Detroit’s Big Three used the State Fair of Texas as the venue to launch their new truck—Ram revealed the Ram Heavy Duty, Chassis Cab and Laramie Longhorn models at the State Fair of Texas earlier this year—but there’s a big difference between revealing a new trim level and revealing one of America’s best-selling vehicles. (Word is that the new 2015 Cadillac Escalade won’t be revealed there, however; that’ll probably be saved for a later date.)

Like the all-new 2014 Chevy Silverado and GMC Sierra they’re based on, we believe the new Chevy Tahoe/Suburban and GMC Yukon/Yukon XL will come with V8 motors tweaked to deliver more power and better fuel economy than the outgoing models, along with a fresh design both inside and out. But don’t assume they’ll just look like the Silverado and Sierra with bed caps on—spy photos seem to indicate that GM is giving the SUVs more unique front-end treatments than before. Here’s hoping we’ll know by the end of September…[Shout-out to The Truth About Cars!]