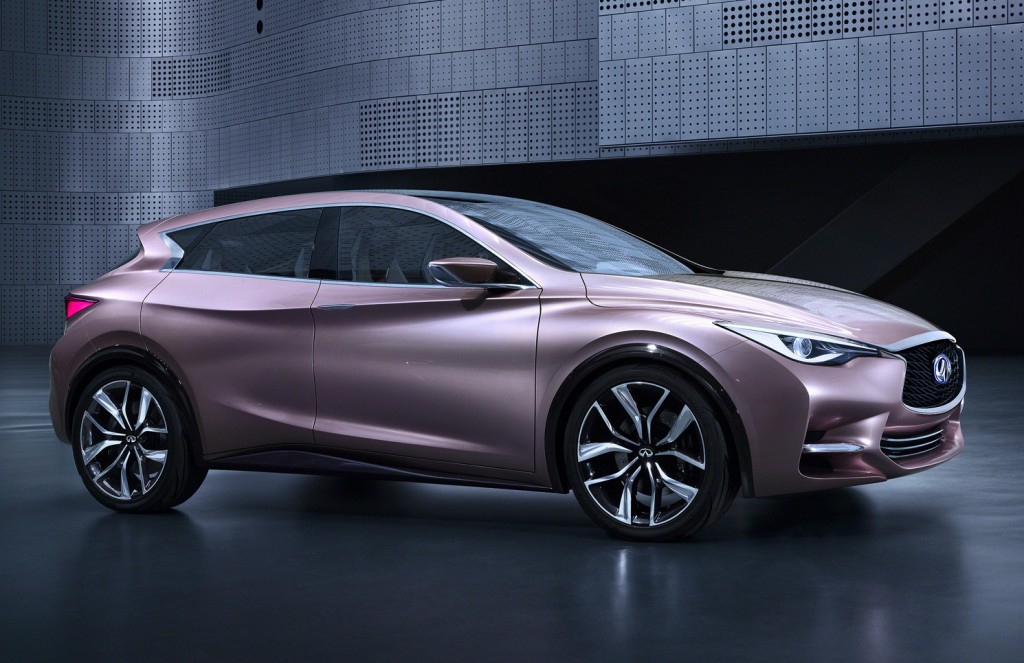 The small luxury car market is big money for car companies these days. All the big names—Mercedes-Benz, Audi, BMW—have already jumped in, and pretty much every other luxury brand you can think of is either eyeing the segment or preparing a compact luxury car of their own. Next up, it seems, will be Infiniti—at least, that seems to be what the Q30 Concept implies.

Making its world debut at the Frankfurt Motor show in September, the Q30 Concept is pretty much a slightly exaggerated version of the Q30 compact car Infiniti’s hard at work on. From what we hear, the Q30 will be based on the front-drive platform of the Mercedes-Benz A-Class and CLA-Class (Infiniti’s parent company, Nissan, has set up a parts-sharing agreement with Daimler), but since both those cars can score all-wheel-drive, the production Q30 will also likely have that as an option.

Maybe the coolest part of the Q30 Concept isn’t its powertrain, but the styling; Infiniti says it’s equal parts coupe, hatchback and small SUV, which seems a fair way to put it. It looks pretty good…well, except for that weird pinkish color Infiniti seems to have slapped on it. For now, there’s just the one picture; we’ll give ya more when we receive them. [Shout-out to Infiniti!]