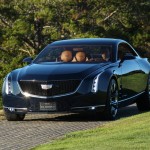 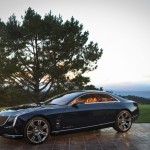 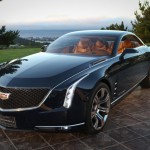 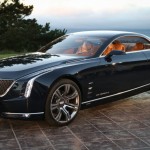 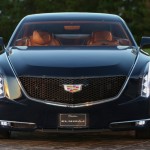 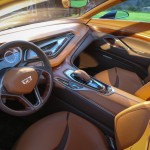 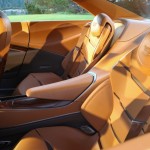 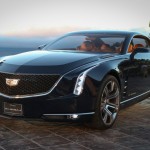 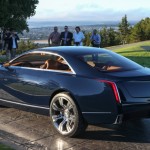 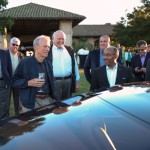 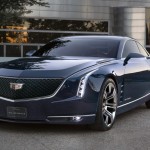 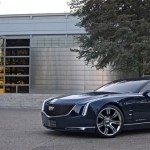 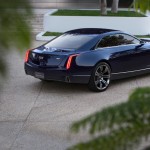 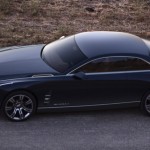 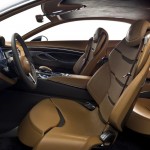 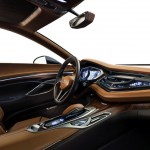 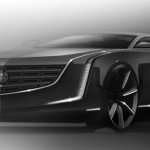 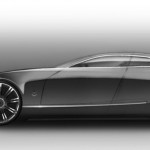 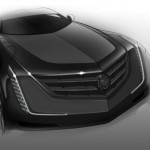 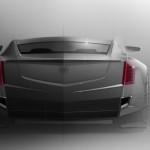 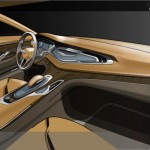 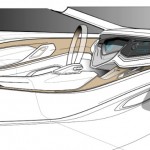 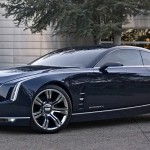 The Pebble Beach Concours d’Elegance in Monterey, California, has kind of become one of the unofficial auto shows of the year; almost every car company comes out in force, and many of them bring concepts to make their world debuts at the show. Two years ago, Cadillac dropped the Ciel concept at Pebble Beach; this year, they’re continuing that trend with this sexy beast called the Elmiraj.

Named after the El Mirage dry lake bed (where one RIDES staffer once hit 174 mph in a Mercedes-Benz SLS AMG, but that’s another story), the Cadillac Elmiraj is a concept car look at a range-topping Cadillac coupe in the lines of the Mercedes-Benz CL-Class. It’s Cadillac’s latest interpretation on their Art & Science “design language,” an angular-yet-sleek two-door that packs all the visual panache you’d expect of the Standard of the World’s standard-bearer. It looks, in a word, dope. (Be sure to note the conceptual version of the Cadillac emblem that does away with the wreath.)

The under-the-hood gear is just as dope, in fact. Power comes from a twin-turbo 4.5 liter V8 making 500 horsepower and 500 pound-feet of torque. The engine’s based on the new twin-turbo 420 horsepower V6 making its way into the XTS and the new CTS Vsport, and all that power flows exclusively to the rear wheels (though if the Elmiraj makes production in one form or another, we’re thinking an AWD version is pretty much guaranteed). 22-inch rims with carbon-ceramic brakes mean the Elmiraj should stick and stop as well as it goes, too.

Inside, the Cadillac Elmiraj your typical concept car expanses of leather and super-high-end materials in a design that looks way too cool for production. There’s backlit titanium and Brazilian Rosewood trim, long with transparent analog speedometer and tachometer and a 10-inch touchscreen display for the infotainment system that hides when it’s not needed. There’s even room for two more occupants in the back, though they’re not gonna want to stay there for a cross-country road trip.

The Cadillac Elmiraj is very much a concept car—but we know Cadillac is planning a new range-topping car in the next year or two, and we’re betting the Elmiraj is a pretty good look at what Cadillac will be giving us. That production car will likely be a sedan, but we hope they make a coupe version, too. Maybe call that one “Eldorado.” [Shout-out to Cadillac!]