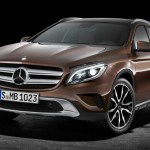 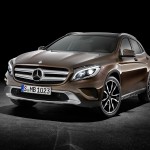 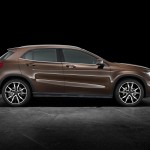 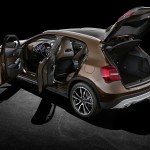 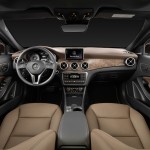 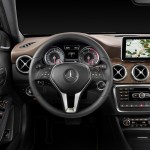 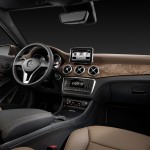 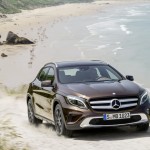 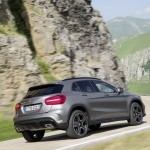 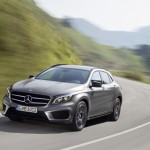 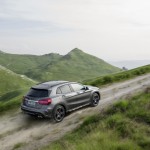 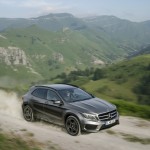 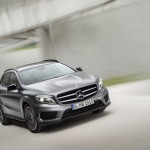 When Mercedes-Benz released the ML-Class on the world back in 1996, they found themselves a gold mine. In the intervening years, the barnd’s luxury SUV portfolio has expanded from one rig with a V6 to no fewer than four different SUVs (G-Class, GL-Class, M-Class, GLK-Class) in several different sizes, packing a wide variety of powertrains. But if the last decade has taught the car world anything, it’s that it’s hard to have too many SUVs. So give a big ol’ welcome to the new Mercedes-Benz GLA-Class.

Built on the same basic platform as the new Mercedes-Benz CLA-Class and similar to the GLA Concept Mercedes-Benz recently showed off, the GLA250 will start off here in the United States with a 2.0 liter turbocharged inline-four making 208 horsepower and 258 lb-ft of torque, connected to a seven-speed dual-clutch transmission. The first models to roll into the U.S. will be equipped with the latest version of Mercedes-Benz’s 4MATIC AWD system; front-wheel-drive versions will show up later on.

Like the CLA-Class, the GLA-Class is aimed at those young, hip urbanites who haven’t thought about Benzes before. So Mercedes whipped up a sleek, aerodynamic exterior that looks more concept car than production sport-ute. Just because it’s an SUV doesn’t mean it needs to look like a truck, and the GLA250 certainly aims to set itself apart from the boxy hordes. (We recommend adding the optional 19-inch wheels for extra visual panache, of course.) The modern design theme continues inside, with a look that draws from the CLA-Class.

On the performance side, Mercedes-Benz says the GLA250 4MATIC will run from 0-60 in 6.4 seconds on the way to a 145 mph top speed—but it’ll also rip it up off-road, with a feature designed to automatically regulate speed going downhill and an off-road function for the transmission. There’s also the usual host of driver aids and technological wünder-programs, like a sensor that can detect when the driver is drowsy, an autonomous braking feature that can automatically brake the car from speeds of four to 124 mph, and automatic parallel parking.

But don’t expect to see the GLA-Class on the streets for a while; the first GLA250 4MATICs will roll off the boat and into the U.S. in fall 2014, with front-wheel-drive models arriving in 2015. But when it shows up, we’re betting we’ll see them in the custom shops before too long! [Shout-out to Mercedes-Benz!]