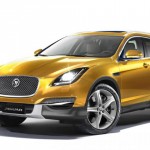 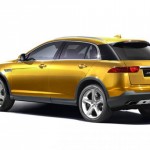 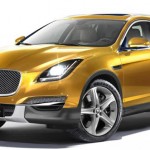 Jaguar and Land Rover are two peas in one corporate pod, and they tend to stick to what they do best. For Jaguar, it’s making svelte, fast sedans and coupes; for Land Rover, it’s building tough off-roaders with luxurious interiors. Until 2015, it seems—because Jaguar’s gonna drop a sport-utility vehicle of their own on the world.

According to Auto Express, Jaguar’s SUV will boast the same slippery styling as the rest of the lineup, with short overhangs, a sharply-angled windshield, an XJ-like blacked-out C-pillar and F-type-like headlights. It’ll be small for an SUV, around the size of its Range Rover Evoque cousin—but instead of basing the SUV on the Evoque/LR2 chassis, Jaguar will reportedly build it on the same platform as their upcoming small luxury car designed to fight the BMW 3 Series. All-wheel-drive will be an option, and the main engine (at least in the United States) will almost certainly be a 2.0 liter, 240 hp turbocharged inline-four. Don’t be surprised to see a hybrid version, though, or one with a 340 horsepower supercharged 3.0 liter V6.

So what’s this little Jaguar SUV gonna be called? Well, we hear the name will either be Q-Type or XQ, depending on how Jaguar’s feeling about their naming scheme from here on out. (We like the -type names better than random two-letter combinations, for the record.) Either way, expect the Q-Type/XQ to arrive around 2015. No word yet on whether Land Rover’s planning a sedan as a counter-move…[Shout-out to Auto Express!]