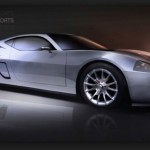 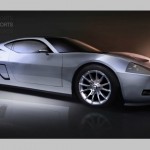 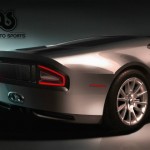 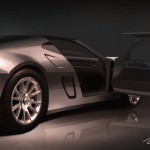 For years now, Galpin Auto Sports in California has been building a wide array of vehicles. Each new custom car begins with an existing model that is transformed into something new—something more closely made for the driver. It’s safe to say that the team at GAS was recently looking for a new challenge, as they are about to revel their creation of an entirely new car: the Ford GTR1. The GTR1 is a modern-day interpretation of what the Ford GT might have looked and performed like, had it not been discontinued.

The GTR1 concept is certainly off to the right start, using the GT’s platform paired with a 5.4-liter twin-turbo V8 producing an output of 1,024 horsepower and 739 pound-feet of torque—which can push the car to 225mph. The handcrafted widened body is available in aluminum or carbon fiber. Other modifications include: 20-inch wheels, Pirelli tires, six-piston brakes with carbon rotors, jeweled lights, a McIntosh audio system, and carbon fiber accents throughout the car. Pricing has not yet been announced, but production is said to be “extremely limited”.

Perhaps now Ford will be inspired and encouraged to bring back a GT of their own. We cannot wait to see GAS’s concept in person, and the effect it may have on Ford and the fans of Ford’s GT and GT40. Let’s make something happen! [Shout-out to Galpin Auto Sports!]

Galpin Ford GTR1 to be Shown on Pebble Beach Concours d’Elegance Concept Lawn
and The Quail: A Motorsports Gathering, August 15 and 18

North Hills, Calif. (July 24, 2013) – Galpin Auto Sports today announced its first coach built supercar, the Galpin Ford GTR1, will debut on the Monterey peninsula during a week of automotive festivities highlighted by an unveiling at The Quail: A Motorsports Gathering (August 15) and display on the esteemed concept lawn of the Pebble Beach Concours d’Elegance (August 18).

Continuing Galpin’s 60-year legacy of customizing vehicles, the GTR1 is based on the Ford GT as an interpretation of what the GT may have looked and performed like had it continued its evolution. The GTR1 boasts a power plant capable of an estimated 1024 horsepower and 739 pound feet of torque, generated from a twin turbocharged 5.4L V8 engine that is mechanically capable of speeds in excess of 225 mph – making it a truly modern and bold American mid-engine supercar.

The interior features a machined aluminum instrument cluster, a McIntosh sound system, and luxurious hand fabricated leather trimmed seats, dash, door panels and headliner. The Galpin Ford GTR1 will be extremely limited in production, with a choice of aluminum or carbon fiber bodies.

“We’re incredibly excited and honored to celebrate the culmination of Galpin’s 60 years of creating unique vehicles with the debut of our first supercar at such respected venues,” said Beau Boeckmann, Vice President of Galpin Motors and President of Galpin Auto Sports.

Additional information, including a full list of technical specifications, pricing and hi-resolution images will be available following the car’s public unveiling in August.