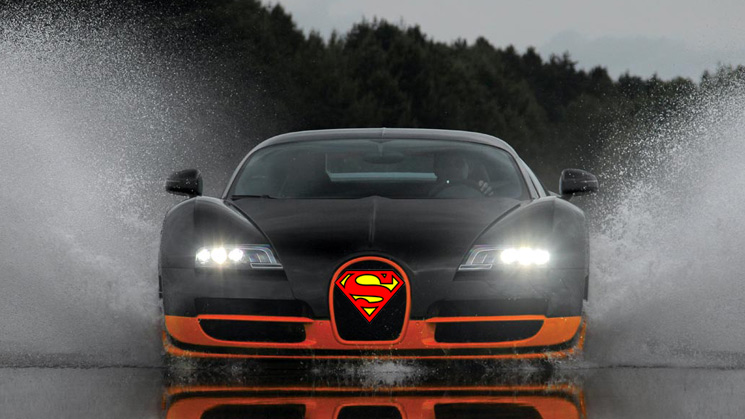 Perhaps no car over the last few years has better symbolized the baller lifestyle than the Bugatti Veyron. With a top speed north of 250 mph and a price tag that starts above $1 million, rollin’ up in a Veyron is indisputable proof that you’ve arrived. Of course, not all Veyrons are created equal; between the targa-topped Grand Sport, the more powerful Super Sport and the small fleet of limited-run and one-off Veyrons Bugatti has built, it’s likely that every single Bug is unique in its own way. (And in price, too; some of those versions can top out close to $3 million.)

But no Bug you’ve ever seen will match the Super Veyron Bugatti supposedly has planned. We mentioned late last year that Bugatti was planning a 1,600 horsepower version of the car for a late 2013 debut; now we hear that this superheroic car could cost around 5 million euros. Which works out to almost $8 million. Daaaaaaaamn.

So what will buyers get for that enormous wad of green? Well, the previously mentioned 1,600 horsepower quad-turbocharged 8.0 liter W16 engine, for one. They’ll also get a car that, thanks to extensive use of carbon fiber, could weigh as much as 450 pounds less than the regular Veyron. More power + less weight = faster car, so if both those reports are true, don’t be shocked to see the Super Veyron do the 0-60 in two seconds flat and top out around 290 mph. Of course, good luck finding somewhere to hit 290…[Shout-out to Top Speed!]