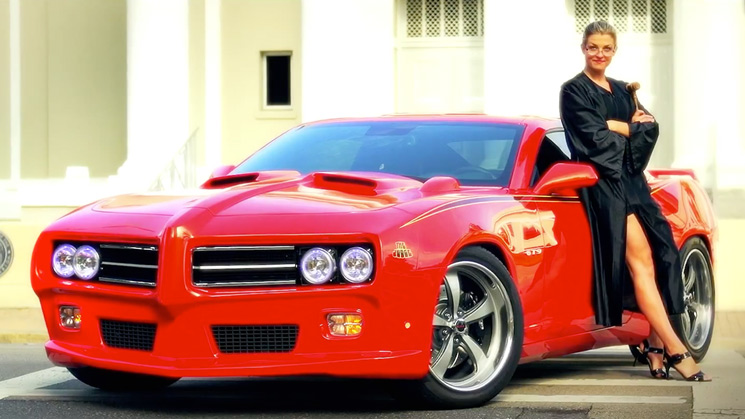 The Pontiac Trans Am, sadly, is officially dead and gone—but that hasn’t stopped the crew at Trans Am Depot from keeping the name alive on a series of modified fifth-generation Chevy Camaros. For their latest example, though, they’ve gone ahead and dusted off a famed nameplate that’s only been applied to the most deserving of Pontiacs (and Ferraris, for what it’s worth): GTO.


Now, Trans Am Depot is just teasing their 2014 GTO for the moment—we won’t know what powers it for a minute, but we’re hoping for some sort of giant V8 making at least 600 horsepower—but we can see what it looks like from their video teaser. And, well…we’re divided on what we think of it.

So we’re turning the decision over to you. Watch the video, check out the 2014 GTO, and let us know in the comments if it’s hot…or if it’s a serious not.

[Shout-out to Trans Am Depot!]