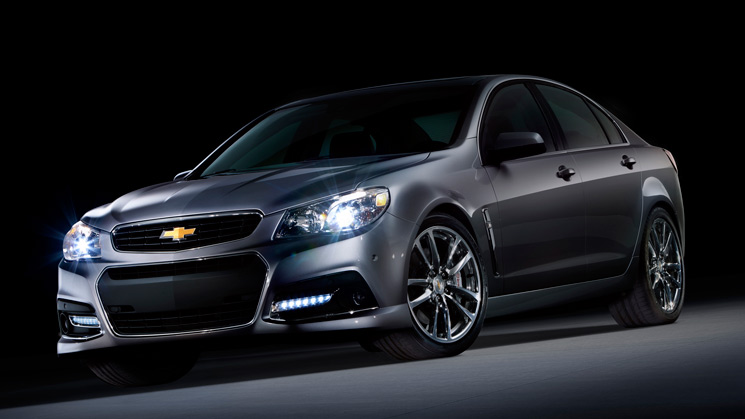 We were pumped to hear that Chevrolet would once again be stepping back into the rear-wheel-drive sedan game with the 2014 SS sport sedan, and when we heard it described as a four-door Corvette, well, we were even happier. Then we heard Chevy would only be bringing the SS to the streets with a six-speed automatic connecting its 415 horsepower 6.2 liter V8 to the rear wheels, and our enthusiasm dropped a little. But now we know just how much the Chevrolet SS will run ya—and well, depending on your perspective and your wallet, it could be good or bad news.

See, the new Chevrolet SS will start at $44,470, before you add in the inevitable taxes. If you’re cross-shopping against, say, German luxury sedans, that’s a bargain; you can buy a BMW 335i for that much, but it’ll be a stripped-down bare-bones model…and it’ll still be down more than 100 horses compared to the SS. And the SS comes almost fully-loaded at that price, with features like a Bose stereo, dual-zone climate control, heated and ventilated power seats, a head-up display, a blind zone monitoring system and lane departure warning, among other features. So that’s the bright side.

On the other hand, though, if you were hoping for a throwback to the era of V8-powered family sedans that were affordable, well, that ain’t the SS. It may be cheaper than a BMW, but it’s a lot pricier than, say, an Accord, a Camry, an Avalon, a Maxima…or an Impala. It’s definitely in another price category than Chevy’s other sedans. Chevy clearly meant to do this—they’re positioning it as a performance machine, like the Corvette or a top-level Camaro. But people are willing to drop $45K on up for those cars because a) they have decades of history and a proven track record of performance, and b) they look dope. The SS doesn’t have the first, and while it ain’t ugly, its looks aren’t on the same level as the ‘Vette or the ‘Maro.

So we’ll have to wait and see if the Chevrolet SS turns out to be a success or a flop. Don’t let our words make you think we want to see it fail—in fact, we want to see it become such a hit that Chevrolet builds a version with the Camaro ZL1‘s 580 horsepower V8 and a stick shift. Keep ya fingers crossed. [Shout-out to Chevrolet!]