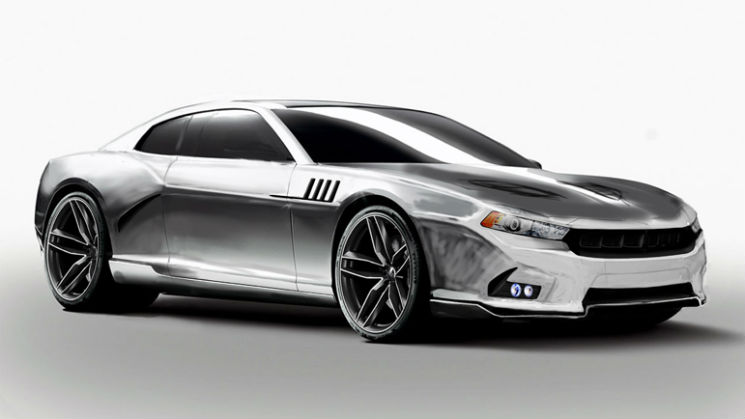 The Dodge Challenger stacks up nicely in the three-way muscle car wars in all but one respect: top-level power. While the Camaro ZL1 packs 580 horsepower and the Shelby GT500 brings 662 ponies to the party, the Challenger SRT8 only makes 470 horsepower. That’s a problem.

So for the next-generation Challenger (and its rumored SRT Barracuda brother) Chrysler is reportedly working on a supercharged 6.2 liter Hemi V8 of its very own for the top-end models. Expect a torque figure around 575 pound-feet, with a horsepower figure between 580 and 640 ponies. (Our gut’s tellin’ us to expect at least 600—it is a horsepower war, after all.) The rumored name of this rumored blown eight? Hellcat.

Now for the less-exciting part: so far, word is the Hellcat will come connected to an eight-speed automatic transmission. Which is to say—no word of a stick shift. Yet. We can’t see Chrysler building a true blue all-American muscle car and only giving it a slushbox. Not that the eight-speed automatic would be a bad tranny—we’re sure it would deliver kickin’ acceleration and decent highway fuel economy, and come with flappy paddles for manual control—but for a car like a Challenger or a ‘Cuda, there needs to be an option for a stick-shift. [via Car and Driver]