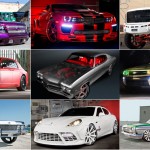 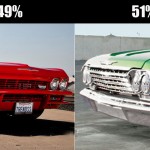 ROUND 1: These twin lowered Impalas almost tied, but the green-and-silver ’62 squeaked out a victory. 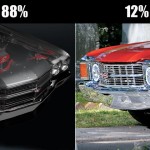 ROUND 1: There was no contest between these two Chevelles, though. Sandman’s ’70 sent its opponent straight to the grave. 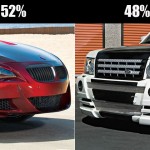 ROUND 2: Considering how much we know RIDES readers dig SUVs, we’d have expected the Range to win—but instead, this 6 Series moved onto the next round. 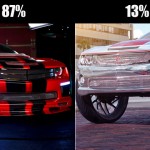 ROUND 2: If the RIDES Madness voters are any indication of the Camaro game, chrome is out and T-tops are in. 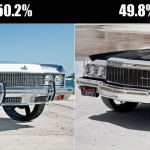 ROUND 3: These two Donks were so close, we had to dive past the decimal point to see who won! 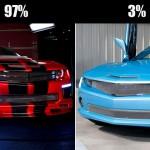 ROUND 3: No need for decimal diving in this contest, however. The blue ‘Maro received an absolute and humbling beat-down. 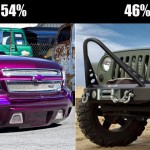 ROUND 4: Our photo director’s Jeep made it to the Elite Eight, but thanks to this purple Silverado, it was denied the Final Four. It was close, though. 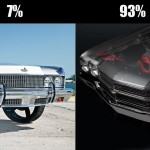 ROUND 4: We know a lot of y’all love Donks—so where were ya when this silver masterpiece was fighting Jonathan Ivy’s Chevelle? 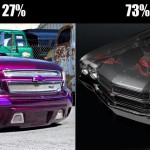 ROUND 5: In the battle between old-schools and trucks, it seems, RIDES readers just prefer to go with the whip with a trunk. 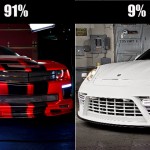 ROUND 5: The Panamera cleaned up all the way to the Final Four, but its matte white hotness couldn’t defeat the monster ‘Maro.

With RIDES Madness over and the winner—Jonathan Ivy and Sandman’s killer 1970 Chevrolet Chevelle—revealed, we’ve decided to bring you some of the behind-the-scenes highlights of the competition. You know who won and who lost, but by how much? The answers might surprise you—so click through the gallery to see some of the more interesting matchup results.