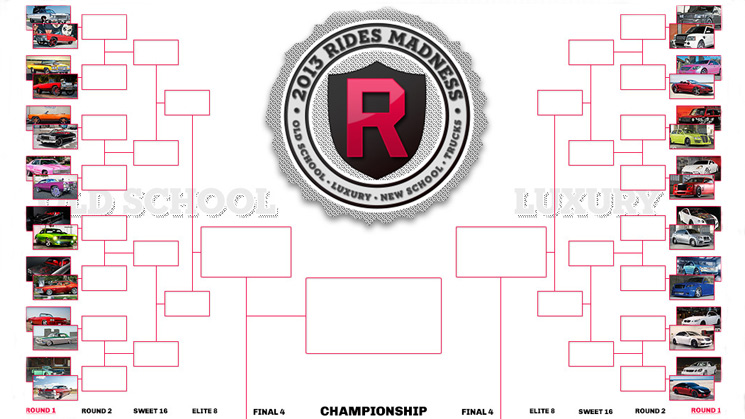 It’s that time of year—March Madness! Here at RIDES, we’ve whipped up a little surprise for you in the spirit of the season—a RIDES bracket that will be used to determine which RIDES-featured car of the last few years is the hottest custom car around. Here’s how it works: You’ve got one week to vote on the 64 cars in the first round. Your votes will determine which of the cars in each matchup is supreme; that car then moves on to the next round of voting the following week, and so on. Peep the schedule of when each round begins below:

Round One: March 21st

Each matchup is shareable on all your favorite social media sites, so be sure to spread the word about any rivalries that grab ya. And remember—your vote will help decide the king of the streets, so choose well! Hit this link to get started with the voting.