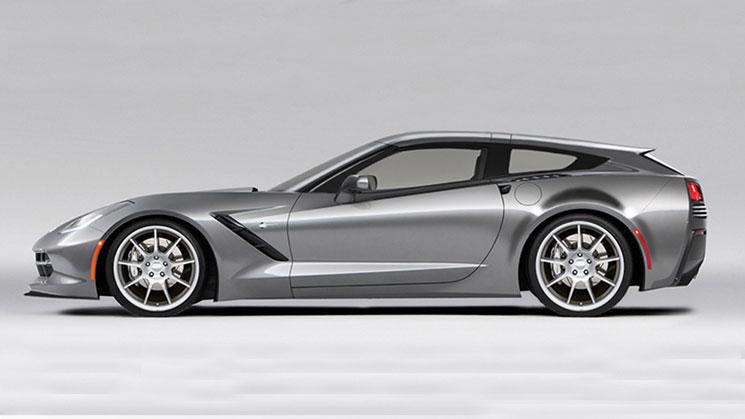 You know how much we at RIDES love fast station wagons—especially ones made by GM, like the Cadillac CTS-V. So the idea of a two-door wagon—commonly known as a “shooting brake”—based off the new C7-generation 2014 Chevrolet Corvette Stingray sounds pretty awesome.

The example you see was mocked up by Callaway, who have a long history of modifying Corvettes both inside and out. While it’s still just a digital concept at this point (as even we in the press won’t get our hands on the C7 until later this summer), Callaway claims the conversion of Corvette from coupe to shooting brake—the end result fo which they call the AeroWagon—would only cost around $15,000. They also say they plan on using Callaway’s “Resin Transfer Molding process” to build the carbon fiber components that make up the hatch, so it should be light and strong.


If any potential C7 Corvette Stingray owners are reading this, we’d like to suggest you strongly consider giving your new car the Callaway wagon treatment at some point. Corvettes ain’t exactly a dime a dozen, but turn it into a classy-looking two-door wagon, and odds are you’ll never see another car like it—except when you pick it up at the Callaway shop. [Shout-out to Motor Authority!]