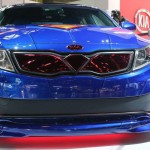 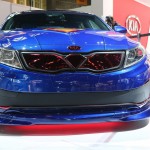 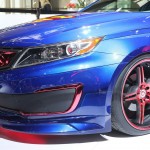 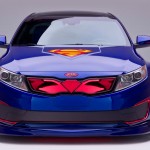 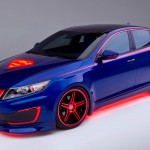 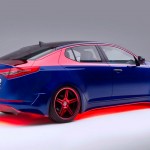 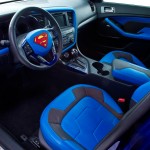 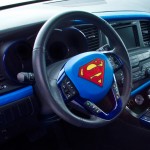 Superman (or rather, his tribute Kia) has arrived at the Chicago Auto Show this past week, but not faster than a speeding bullet, as we all saw it coming for sometime now. He joins his Kia brethren and partners in crime (fighting): the Flash Forte Koup, the Aquaman Rio 5-door, the Green Lantern Soul, and of course the RIDES-built Cyborg Forte 5-door and Batman Optima.