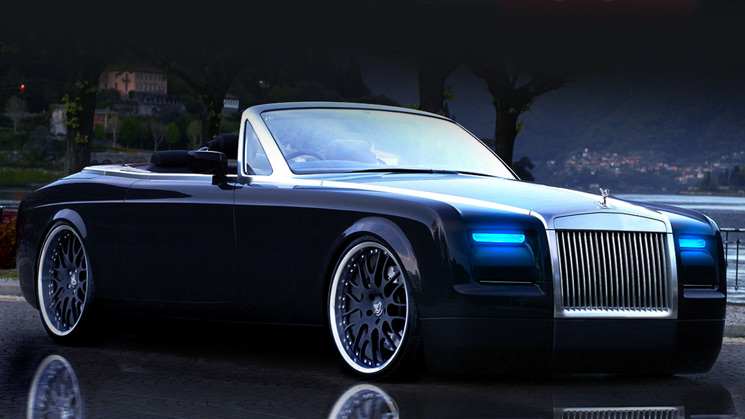 The Rolls-Royce Phantom Drophead Coupe is one of the most baller rides in existence, with a weight close to three tons, a price tag close to half a million bucks and a powerful V12 engine up front to move it around. But there ain’t a car built yet that can’t be one-upped with enough time, care and money—and it seems Rolls-Royce may have eyes on one-upping themselves.

According to a new report, Rolls-Royce is thinking about building a sleek roadster powered by a massive V16. Yup, that’s right—a sixteen-cylinder engine. Rolls fooled around with the idea a few years ago, plopping a 9.0 liter V16 under the hood of the 100EX concept car; supposedly, the company’s been kicking themselves ever since for not biting the bullet and putting it in production Phantoms.

The new roadster—which wouldn’t drop until 2017 or so, most likely—would look a bit old-school—as in, 1930s-style old school, with a giant hood, a snubby rear end, and a low-cut windshield. With at least 700 horsepower on tap, the Rolls-Royce Ultra-Roadster should have mad moves; it won’t be a supercar in the sense of a Ferrari or Lamborghini, but you can bet it’ll shove its occupants back in their seats. Of course, the finest in woods, leathers, metals and other materials would be available straight from the factory to kit out each ‘vert to its owners specs.

And how much would this cost? Well, it’s still a long ways away, but figure 33 percent more cylinders means a 33 percent price bump over the Phantom Drophead Coupe. Add in inflation, and a 2018 Rolls-Royce Ultra-Roadster could easily start out at $650,000 or more. Start saving now. [Shout-out to CAR!]