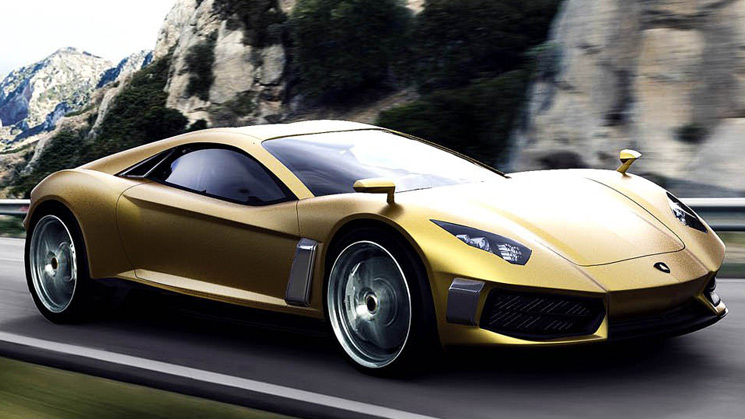 This year’s Geneva Motor Show promises to be off the chain, with most of the big names in the car world—Porsche, McLaren, and Ferrari among them—expected to debut hot new rides. But while we have a pretty good idea what each of them will be bringing, we don’t know what it is Lamborghini has planned for the show. Until, possibly, now—because we’re hearing Lamborghini will be bringing a front-engined V12-powered concept car to Geneva.

Now, it’s not clear if this will be coming in addition to a limited-edition production car as we previously heard, or if that earlier report was false and the car being referred to was actually this front-engined V12 concept. Reportedly, the front-engined two-seater will be designed as a direct competitor to Ferrari’s F12berlinetta; however, like the Aventador (and unlike the Ferrari F12), it’ll be made from carbon fiber and have all-wheel-drive.

Now, this car isn’t approved for production yet—it’s just a concept. However, it seems production could be a possibility if enough people like it (and throw money at the stage in Geneva), and if Lamborghini can make a solid business case for it. But even if it gets approved, don’t expect it for a while—right now, Lamborghini is working hard just to try and get the Urus SUV approved. We’ll know the truth in a couple weeks…[Shout-out to Autocar!]