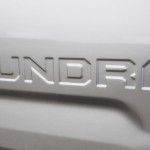 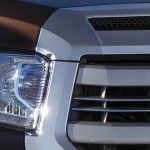 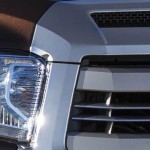 As it turns out, this is the new 2014 Toyota Tundra’s front end. Check out more about it here.

The current Toyota Tundra has been around for a minute—it dropped at the 2006 Chicago Auto Show, and since the 2013 Chicago Auto Show kicks off tomorrow, that makes the truck exactly seven years old. Which means it’s about time for a new one—and that’s just what Toyota is planning to show off.

The all-new Tundra will be revealed tomorrow, but what may be an early picture of it was found on spy photographer Chris Doane’s Facebook page, and seems to reveal a bit of the new truck’s front end. We’ll find out the truth tomorrow, but if this is indeed the new Toyota Tundra, we’ll be happy with it. What do you think?