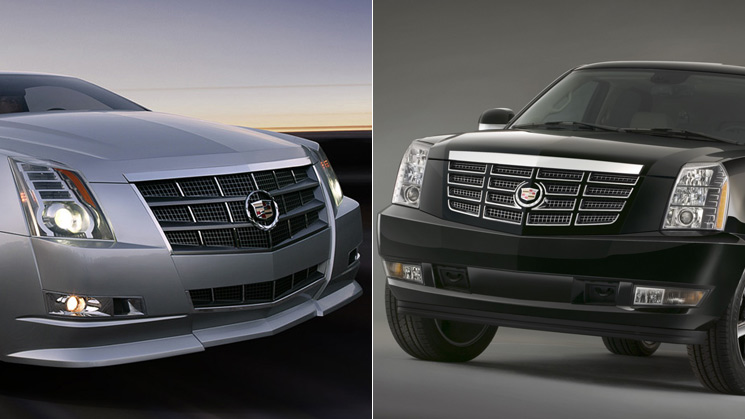 2012 was a big year for Cadillac—they introduced the new XTS and ATS sedans, and revamped the SRX sport-utility to boot. But 2013 is lining up to be equally big for the brand, as Cadillac’s two other models—the CTS and the Escalade—will both be replaced this year.

That’s the good word from Cadillac vice president of marketing Don Butler (who, for the record, is one of the most stand-up vice presidents we’ve met in the car game). According to Butler, the new CTS will show up at the New York Auto Show in late March; it’ll be built on the same platform as the ATS and the next-gen Camaro, and will likely be a bit longer than the current car. There should be a choice of a few different engines, including normally-aspirated and turbocharged V6s; we don’t like to assume things, but it seems safe to guess there will be a new CTS-V with at least the current version’s 556 horsepower. (Supposedly, our beloved CTS-V wagon won’t be returning, though.) The gang at Jalopnik have what they claim are pictures of the new CTS; feel free to check ’em out here.

The new Escalade—built on a version of the same platform that underpins the new 2014 Chevrolet Silverado and GMC Sierra—will be revealed this fall, at a Cadillac dealer’s conference. Presumably, they’ll show the truck soon afterwards—the next big auto show would be the L.A. show in November, so consider that the latest it would be shown to the public. It’s expected to stay V8 powered, rear- or all-wheel-drive, and as big and boxy as a barn. Just the way we like it. [Shout-out to The Detroit News!]