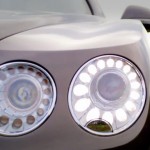 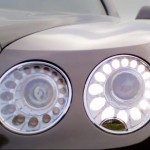 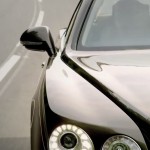 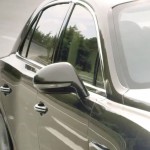 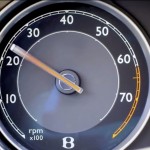 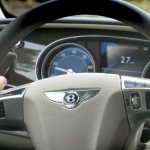 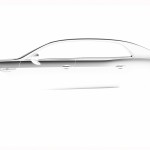 Bentley dropped us a line the other day, letting us know that the new version of the Flying Spur sedan will be coming soon. While they promised more details on February 20th, based on the teaser video, the picture and a few other hints, we can start putting together the pieces right now.

Based on the time of the announcement, we expect the new Flying Spur, which is based on the same platform as the Continental GT and GTC, to be officially revealed at the Geneva Motor Show next month. From the little glimpses of it we see here, we’re guessing it’ll look rather like a Mulsanne mixed with the latest Continental. We’re also expecting it will come in the same engine options as the Conti: a 6.0 liter twin turbo W12 makin’ 567 horsepower, a 4.0 liter twin turbo V8 that cranks out 500 horses, and eventually a Speed version with a 600 hp W12. Any of them should be quick enough to pin you back in those very soft leather seats.

One last thing: Bentley’s press release just called the car the Flying Spur, not the Continental Flying Spur, the name by which the car’s currently known. Guess they want to try and push a little distance between the two-doors and the four-doors. Expect more details and pictures on 2/20.