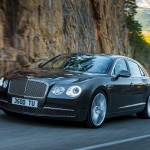 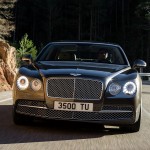 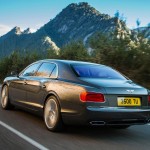 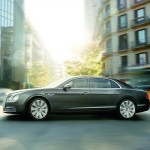 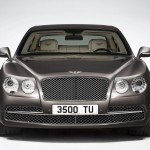 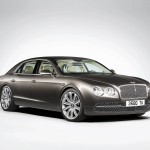 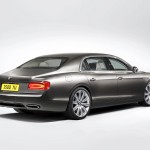 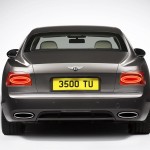 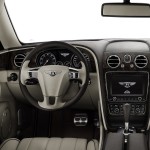 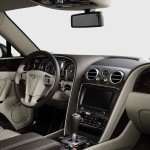 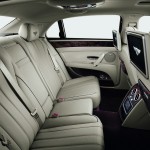 The official deets of the new Bentley Continental Flying Spur sedan drop tomorrow, but that hasn’t stopped pics and news about it from sneaking out early. Starting with a change to the name—in order to distance it from the Continental coupe and ‘vert, Bentley’s just calling the four-door the Bentley Flying Spur now.

In line with the new, simpler name, the Flying Spur scores a design that pushes it a bit away from the Continentals and towards the big Mulsanne sedan—a more stately front end, a more squared-off rear, and a look that overall makes the car appear nice and dramatically long. It’s powered by a 616 horsepower, 580 lb-ft version of Bentley’s 6.0 liter twin turbo W12, connected to all four wheels through an eight-speed automatic; top speed should be exactly 200 mph, while 0-60 should go past in 4.3 seconds. Heated and cooled seats, a rear-seat entertainment system, and the softest leathers, most gorgeous woods and metals will likely all be on the options list—but with a base price expected around $200K, well, you’ll pay for it. We’ll bring you more details as they come…[Shout-out to The New York Times and CarScoop!]