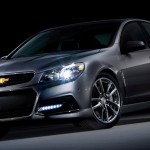 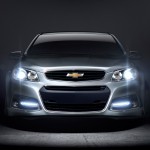 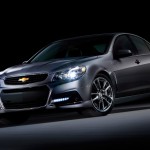 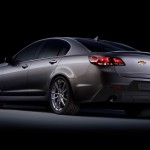 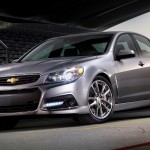 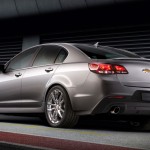 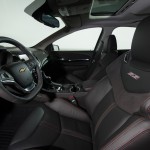 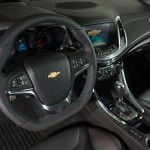 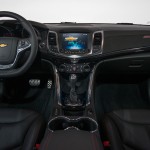 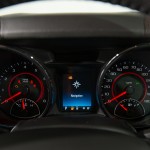 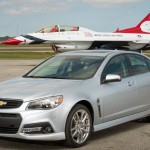 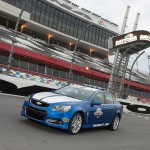 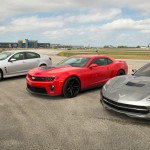 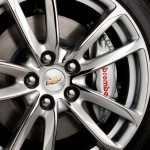 Donks, Boxes, and Bubbles are only a portion of General Motors’s long and proud history of building big cars with big V8 engines sending their power to the rear wheels, but it’s been a long time since Chevrolet had a piece of that pie. 17 years, in fact—the last rear-drive V8-powered sedan Chevy sold was the Bubble. That long cold streak ended last weekend, when Chevrolet pulled the wraps off the new 2014 Chevrolet SS Performance Sedan.

Long-teased and long-awaited, the Chevrolet SS comes packing a 6.2 liter V8 that makes 415 horsepower and 415 lb-ft of torque. Inexplicably, Chevrolet chose not to offer a manual transmission on their four-door performance flagship, but the six-speed automatic with paddle shifters should make for a reasonable substitute. MacPherson front strut and multilink independent rear suspension and 19″ rims wearing 245/40/19 rubber up front and 275/35/19 tires in back will hopefully mean the SS handles as well as it goes—and with a predicted 0-60 time of 5.0 seconds, it should go very well.

Outside, the Chevrolet SS looks mean, if a little generic General Motors-spec in some of the pictures (and admittedly, not as macho as the rendering we featured here on rides-mag.com). Inside, Chevy went all-out on making a nice cabin, with leather, power seats, a color touchscreen, color head-up display, lane departure warning, nine-speaker Bose stereo and blind spot alert all standard. There’s even an optional system that lets the SS all but park itself—the driver works the brake and gas, and the car steers itself into a spot.

Between the 2014 Chevrolet Corvette Stingray and the new Chevy SS, it looks like 2013 will be a good year for Chevrolet fans who love some V8 power. We’re looking forward to trying the SS out. [Shout-out to General Motors!]