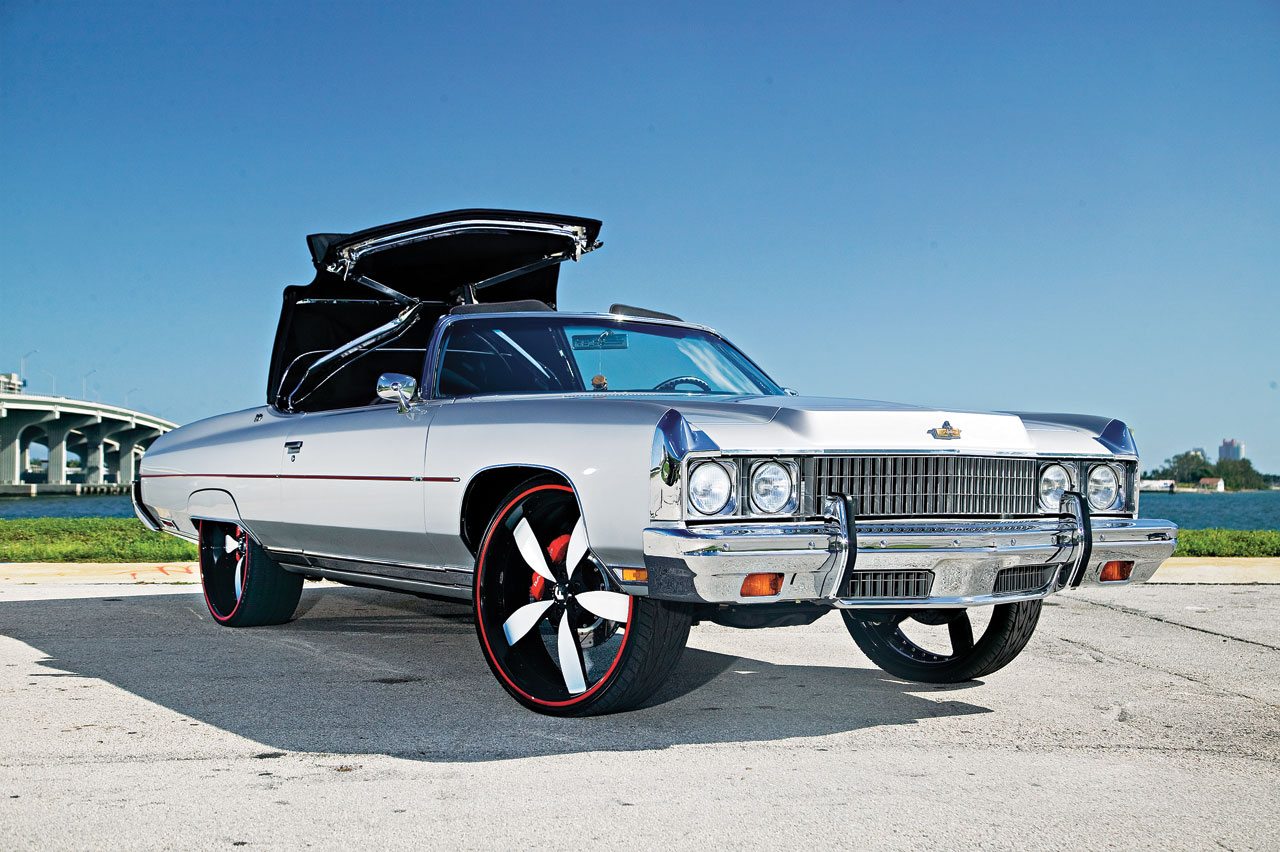 Hip hop has always been misinterpreted by outsiders. Yet, even the most uninformed are socially conscious enough to distinguish between Kendrick Lamar and Chief Keef, or Jay-Z and Riff Raff. The distinction between an artist who admires his craft and a talent-less poser seeking stardom is obvious. Hip hop closely parallels big rim car culture, which many have erroneously labeled ‘Donks’. Recently our pals over at Jalopnik dropped another ‘Donk’ post and as usual, it’s full of the typical side-poking rhetoric their readers are accustomed to, with the naïve oversights we’d expect. We do agree with Jalopnik on one thing: this genre (however mislabeled) is the most hated section of car culture. But instead of bitching about all the hate, we decided to help you out, Jalopnik reader guy.

First things first: the literal classification of a Donk is a ‘71-76 Chevy Impala or Caprice – regardless of how big the wheels are. Why the name Donk? Similar to hip hop vernacular, the definition’s origin is up for debate and at this point it really doesn’t matter. Admittedly, it could be our fault people make the flawed connection, though. Back in 2006, we put the word Donk on a magazine cover next to a ’72 Caprice on big wheels. We assumed people would actually open the magazine to find the detailed glossary of terms instead of simply perusing the cover and creating the mindless ‘BIG WHEELS = DONK’ assumption. Do we wish there was a word that properly encompassed the genre like Lowrider or Stance? Of course.

Every custom car genre has their outliers and extreme examples. The import tuner crowd, for example, clearly endured the ramifications from the ‘ricers’ degrading the genre’s overall perception with their double-decker spoilers, horsepower-adding vinyl and floppy fiberglass body kits. Other genres, like the Stance scene (Elvis from Stance Nation once corrected me that the more-accurate term is Aggressive Fitment) has some gorgeous rides—but when people start throwing hate, they use this as the example. You get where I’m going with this.

Pictured above is an excellent example of a true Donk. For all intents and purposes, this is the Jay-Z of the scene and that Spongebob-themed Crown Vic (not pictured) is the Riff Raff (also not pictured). This ’73 Caprice has a computer-controlled, fuel-injected 632 big block, Baer big brake system and staggered 26” Forgiato wheels, and is built better than most of the numbers-matching Chevelles that are worshiped like deities. And maybe more importantly than what this convertible has is what it doesn’t have: lifted suspension, goofy theme and some ignorant asshole behind the wheel perpetuating the stereotype. And that’s the point—not all cars with wheels over 20″ are silly Donks…and this and this aren’t remotely in the same game.