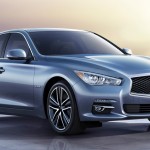 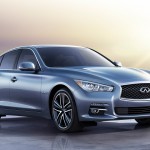 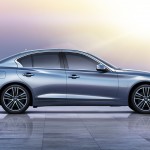 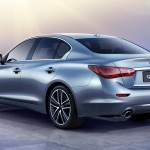 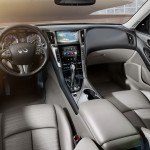 Every year the North American International Auto Show (NAIAS) acts as a debutant ball for many of the biggest manufacturers. This year proved no different as Infiniti took center stage to debut the Q50 to the world. Infiniti will offer the sleek sedan in two engine packages: 3.7-liter V6 or hybrid. While a lot of numbers on the hybrid are still forthcoming the former V6 will produce 328hp and both will be available in the rear-wheel drive or Intelligent All-Wheel Drive powertrains.

The Q50 will also debut some new tech for the manufacturer. Infiniti will utilize Direct Adaptive Steering in the Q50 which in a nutshell will send the driver’s steering intentions to the wheels more quickly. Additionally, Active Lane Control will feature cameras to help detect lanes to help maintain on-center driving. Available later this year the Q50 looks to dictate the direction Infiniti is headed and based on this sedan things are looking good.