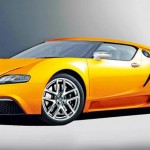 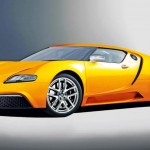 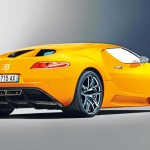 The Bugatti Veyron is all about excess. If you’re looking for a car that shows just how much cash you’re making, you can’t beat the fastest car in the world—especially when it costs at least $1.5 million a pop. But the Veyron’s bragging rights largely depend on it remaining the fastest car on the planet—once it loses that, it’s just a million-and-a-half dollar VW that accelerates like a .38 Special bullet and can be customized eight gazillion ways straight from the factory. So Bugatti’s spent a lot of time, energy and cash maintaining the Veyron’s top speed superiority with models like the Super Sport and the Vitesse, each of which comes equipped with roughly 200 extra horsepower and a top speed five to 15 mph faster than the regular 1,000+ hp, 253 mph-capable Veyron.

But rivals like the SSC Tuatara and Koenigsegg Agera R are nipping at these latest Bugatti’s heels, so we’d expect them to be working on something even quicker—and reportedly, indeed they are. “We are working on the next super-sports car,” Bugatti chief vehicle engineer Jens Schulenburg said recently. Figure the next Veyron (or whatever it’s called) to be both lighter and more powerful than even the current Super Sport; wider use lightweight materials like carbon fiber is being fooled around with, while the 8.0 liter W16 motor may be bored out to 6.9 liter for 1,600 horsepower. They may even add on an electric motor to help bump the car’s power up. Reportedly, Bugatti is aiming for a top speed of 290 miles per hour, with 0-60 flashing past in 1.8 seconds. That ain’t a car, that’s a space ship.

All that juicy power will supposedly be wrapped in a new body that’s sleeker and lower-slung than the current Veyron, while still being recognizable as a Bugatti. It’s reportedly planned to drop at the 2013 Frankfurt Motor Show next September. And the price? Well, Bugatti ain’t saying, but we’d say expect to pay at least $3 million for the next Veyron. [Shout-out to AutoExpress!]