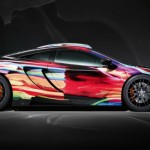 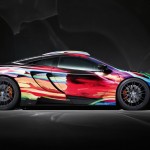 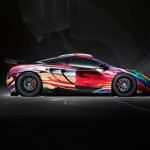 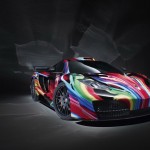 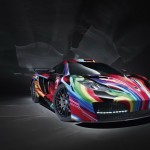 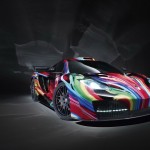 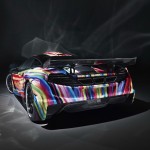 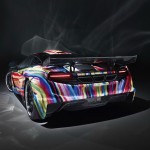 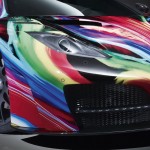 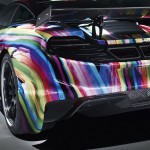 At the 2012 Geneva Show, Hamann Motorsports of Germany revealed a new body kit for the McLaren MP4-12C called the “memoR.” In case you don’t remember that, it included a carbon fiber rear spoiler, carbon fiber front wing, LED daytime lights in the front, new roof scoop and bumpers, along with 3 badass exhaust pipes and carbon fiber mud flaps in the back. It’s hard to imagine the type of person who can afford an MP4-12C, let alone the type of baller who wants to pay the extra loot for a tuned-up body kit like the memoR.

With that said, there is a market out there for people who want the MP4-12C, and the memoR body kit, and even more. Hamann set out to supply this demand with a wrap (or paint?) scheme that is totally original and could be the first of its kind that will set a new trend of paint jobs and wraps. Meet the new, colorful (to say the least) McLaren MP4-12C memoR with Hamann’s newest wrap. Could this whip be modified any more, or is this maxed out? Costing north of $122,000 it’s hard to believe anyone would want more.

Could this be making chrome and matte colors a thing of the past?