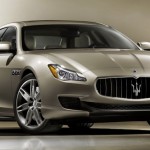 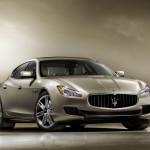 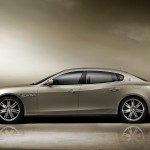 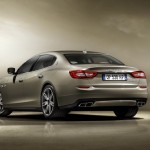 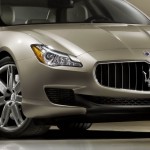 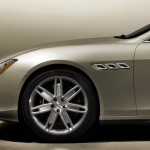 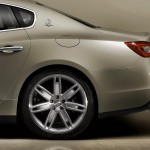 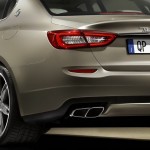 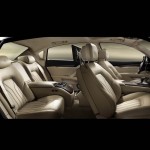 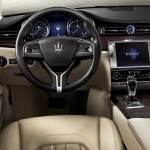 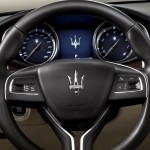 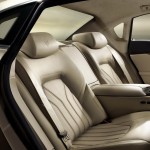 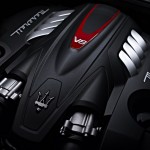 When it comes to picking a high-end luxury whip with some balls under the hood, a Mercedes-Benz S63 AMG, an Alpina B7 or an Audi S8 are perfectly fine choices. They’re reliable, comfortable, and will dust most muscle cars at the stoplight. But those three German contenders are all good-looking, none of them are quite what you’d call extroverted—their designers all played it pretty safe. If you want a fast lux sedan with flash, though, the good folks at Maserati would like to have a word with you about the all-new 2013 Quattroporte.

The new Quattroporte will officially drop at the Detroit Auto Show in January, but Maserati is already passin’ around pics of the new luxury whip. (Considering the old model has gone almost unchanged since 2004, we can see why they’d wanna stir up interest as soon as possible.) The new whip boasts a sharper exterior design more in line with the rest of the Maserati lineup, with angry-looking headlights and wide sports car hips.

The fresh four-door is expected to weigh in a good bit lighter than the outgoing Quattroporte, thanks to greater use of aluminum, and will likely come with a pair of Ferrari-designed engines: a V8 (possibly with twin turbos) cranking out around 520 horsepower is almost guaranteed, while a supercharged 420 hp supercharged V6 will probably follow. Expect to hear all the details in January.

As a rival for the top-level S-Classes, 7 Series and A8s of the world, the new Quattroporte will almost definitely cost more than 100 large when it goes on sale next year. However, if that’s a little too steep for you, Maserati will roll out a smaller sedan called the Ghilbi (around the size of a Mercedes-Benz E-Class) in the next year or two that’ll cost much less while still pakcin’ plenty of style, along with a Jeep Grand Cherokee-based SUV named the Levante. For the meantime, though, the Quattroporte will have to hold down the fort as the most stylish Italian four-door currently on sale. We think it can handle that.