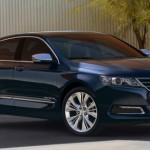 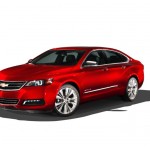 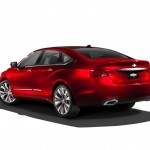 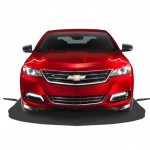 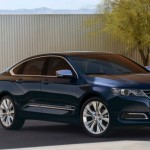 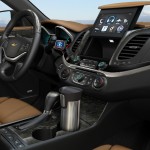 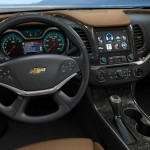 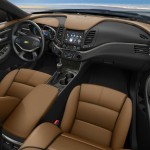 After nearly a decade of being stuck on a car only worthy of rental or cop car duty, the Impala nameplate is coming back to glory next year on the 2014 Chevrolet Impala. Sleek, big, and packed with features, the new Impala looks like it’ll once again deserve to sit atop Chevy’s sedan lineup (at least until the V8-powered RWD SS sedan drops).

While the latest Impala shares a name with the Donks, Boxes and Bubbles of old, as a car designed for the mid-twentyteens, it comes packed with a lot more tech than those old whips did. Among the standard and optional highlights: radar-guided cruise control that can slow the car all the way to a stop and then bring it back up to speed, automatic emergency braking, blind spot-detecting radar, active noise cancellation, and an eight-inch touch screen with Chevrolet’s MyLink infotainment tech. Not a bad spread of goodies for a Chevy, huh? [Shout-out to General Motors!]