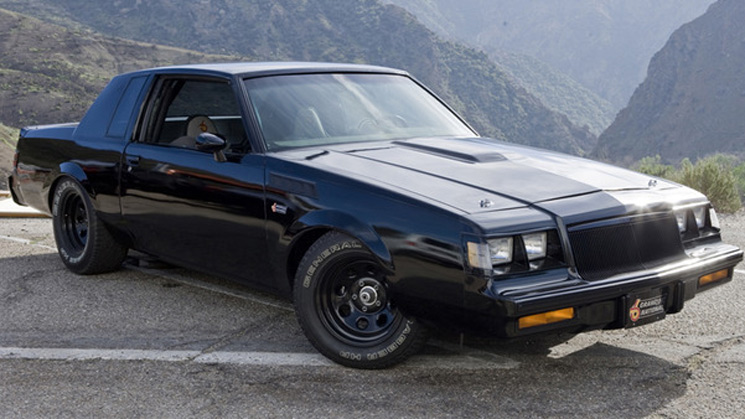 G-body fans know the Grand National, GNX and T-Type nameplates well—the names were used on potent Buick models in the 1980s to signify something special was sittin’ under the hood. Now, it looks like Buick may be about to bring back the famed names for use on a whole new spectrum of whips—all sending the power to the rear wheels, the way God intended.

According to a report from Edmunds Inside Line, a GM insider told them that Buick plans on bringing all three badges back to life on a Buick version of the small RWD platform used by the new Cadillac ATS. The T-Type and Grand National are expected to both be powered by a twin-turbo V6 motor cranking out between 350 and 400 horsepower; in fact, reportedly, the biggest difference between the the T-Type and Grand National is that the T-Type will come in all sorts of colors, while the Grand National, like the Batmobile, only comes in black.

The GNX, on the other hand, will supposedly set itself apart by jamming a V8 motor under the hood—likely a version of the new fifth-generation small-block set to debut in the new C7 Corvette and Chevy Silverado. We’re betting horsepower for that monster should be around 425 horses. A choice of six-speed manual or automatic will, hopefully, be available on all three cars.

It’ll be a minute before these Buick super-sedans reach the streets (if they are, in fact, real); expect to see them in the spring of 2014 at the earliest, and we wouldn’t be surprised to see their launch staggered out a bit (Grand National first, then T-Type a few months later, then GNX six months to a year after that). But we’re looking forward to seeing Buick roll up their sleeves and build some tire-shredding rear-wheel-drive ride again. [Shout-out to Inside Line!]