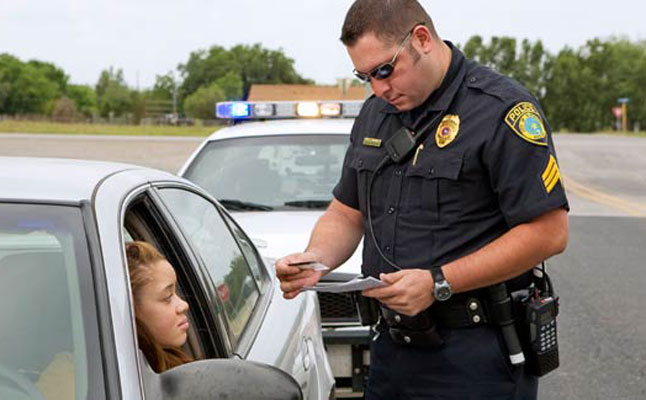 It’s time again for another round of Q&A with New York state traffic attorney Matthew Weiss, everyone. Today’s questions deal with everything from hauling whiskey on the highway to just what the 5-0 means by “excessive acceleration.” Check it out below.

I received a speeding ticket in upstate New York a few months back, which I paid in a timely fashion. However, I recently received notice that my license had been suspended, without prior warning, for failing to deal with a driver responsibility assessment—which I was never told I needed to take care of. Is it possible to get a Driver Responsibility Assessment if you’ve only been issued one speeding ticket? And why did I not receive prior word that I needed to take care of it?”

The Driver Assessment Responsibility Fee is imposed on any motorist who accumulates six or more driving points in New York. The fee is $300 for six points and $75 per point above six. You could have easily been subject to this fee for one New York speeding ticket. In New York, a speeding ticket that is 21 to 30 mph over the limit carries 6 points, from 31 to 40 carries 8 points and 41+ carries 11 points. Any of these speeding carries subjects you to a fine, surcharge AND a Driver Assessment Fee.

In regard to notice, this Fee is not billed until roughly 30 days after the fine is imposed and is billed by the DMV not the court. Often motorists have a different address on record with the DMV and, therefore, do not get the Driver Assessment Fee notice.

“A friend of mine got a ticket for excessive acceleration. How do the police gauge “excessive” and how would you fight that?”

A traffic ticket for excessive acceleration is a moving violation in most states. It is subjective but I’ve heard police officers back up their opinion by testifying that they heard screeching tires, and an overly revved engine It is therefore hard to beat. Nevertheless, I recommend that you plead not guilty and fight this ticket. In most traffic courts, you can negotiate a plea bargain to a less serious charge.

“Is it legal to carry a half-empty bottle of alcohol that’s been closed with a cork or top but not sealed shut in your car? For example, if you were bringing a bottle of spirits from your house to a friend’s party. Obviously, the driver is sober in this scenario. If not, how should one go about transporting partially-empty bottles of alcohol?”

In many states, it is illegal operate a motor vehicle that contains an open container of alcohol. Arguably, a half-empty bottle (even with a cork) is an “open container”. I therefore would refrain for such activity, or at the least place the container in the trunk.

“A few years ago, I won a court case over an alleged “driving through a red traffic light” violation. I know I didn’t go through it simply for the fact that I would have T-Boned the cop sitting at the light waiting to go if I had run the light. Instead, he came after me, a whole block after crossing intersection, followed me, then pulled me over.

I had a lawyer inquire with the state about that particular traffic light. Come to find out, city had it installed many years ago and yet the state (NJ) had no proper paperwork or filings for it. Apparently I have not been the only person given a ticket for in this, in this particular town for either traffic lights or stop signs that are installed, yet not registered with or approved by the state. Isn’t it illegal for the city to pursue and hand out tickets on any traffic light or stop sign intersection if those lights weren’t approved to begin with??”

A police officer has the right to issue a disobey red light ticket whenever he or she sees someone break a red light violation. Further, a police officer is not responsible for checking whether every traffic signal was properly approved prior to installation. It becomes the motorist’s burden to prove such matters.

Got a traffic law question? Leave it in the comments below.