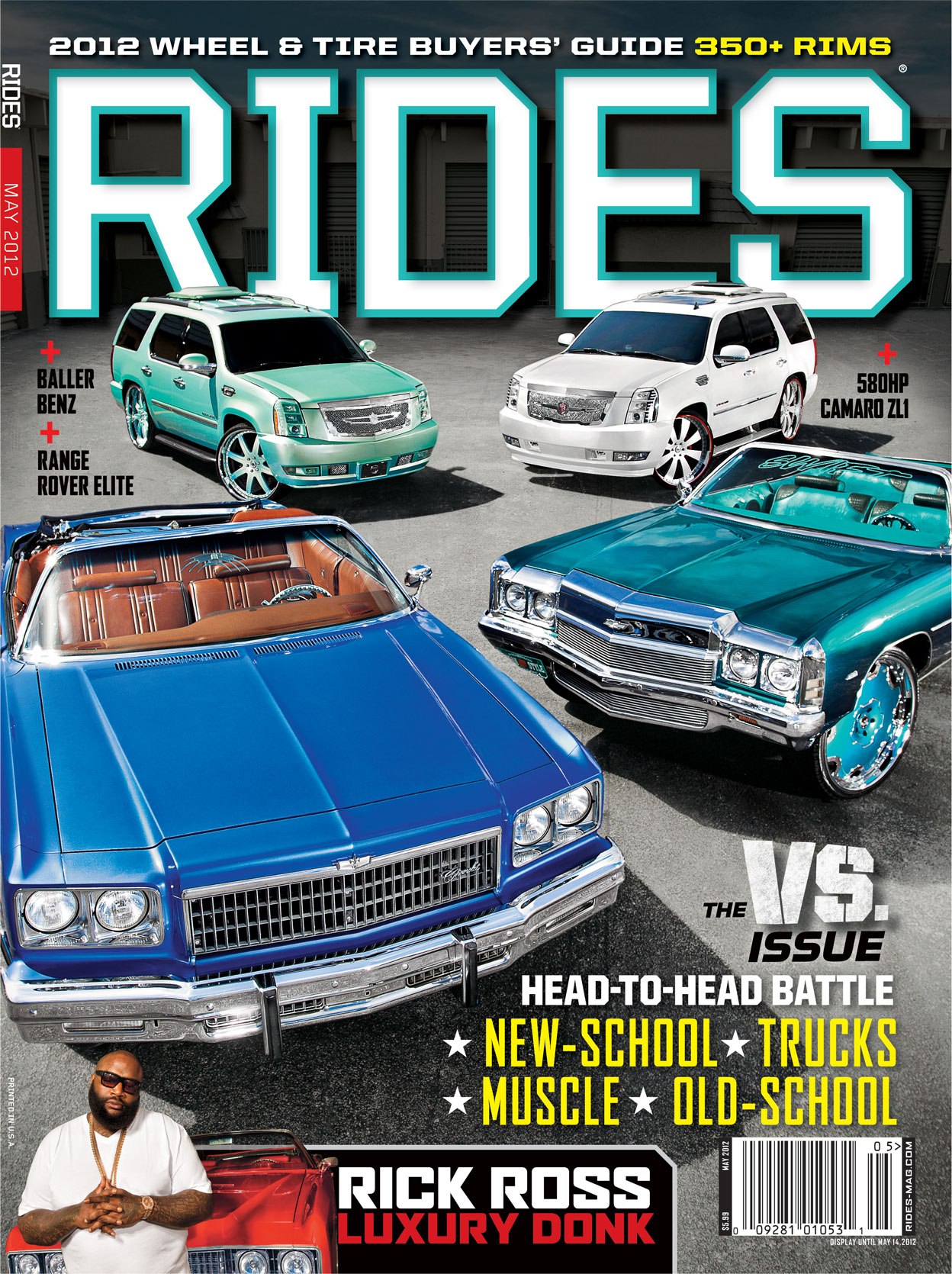 Your wait is over—the cover of the next issue of RIDES is here! And as you can see, it’s gonna be a good one. (You expected anything less?)

As you can see, we’re callin’ the May 2012 edition of RIDES “The Versus Issue,” and we think you’re gonna like where we take it—head-to-head matchups of some of the hottest whips in the game. The best part? You’ll be able to decide which ride you think should rule by voting right here on rides-mag.com. So keep your eyes on this web site for more details once the issue hits stands.

Of course, the new issue also has Ricky Rozay (a.k.a. Rick Ross) and his world-beating Donk, along with our guide to 2012’s hottest wheels and tires, a test drive of the new 580 horsepower Chevy Camaro ZL1, and…well, we can’t give it all away, can we?

Don’t rush down to the corner store just yet—the new issue hits news stands April 2nd. Also, we’ve got a special treat for anyone who picks up the digital edition of the May issue of RIDES Magazine—an exclusive digital-only cover featuring Rick Ross and his Donk. So pick up both.


Also, if you want a sneak peek at our Ricky Rozay photo shoot, check out Ross’s new music video below; it was shot on the location of our shoot.