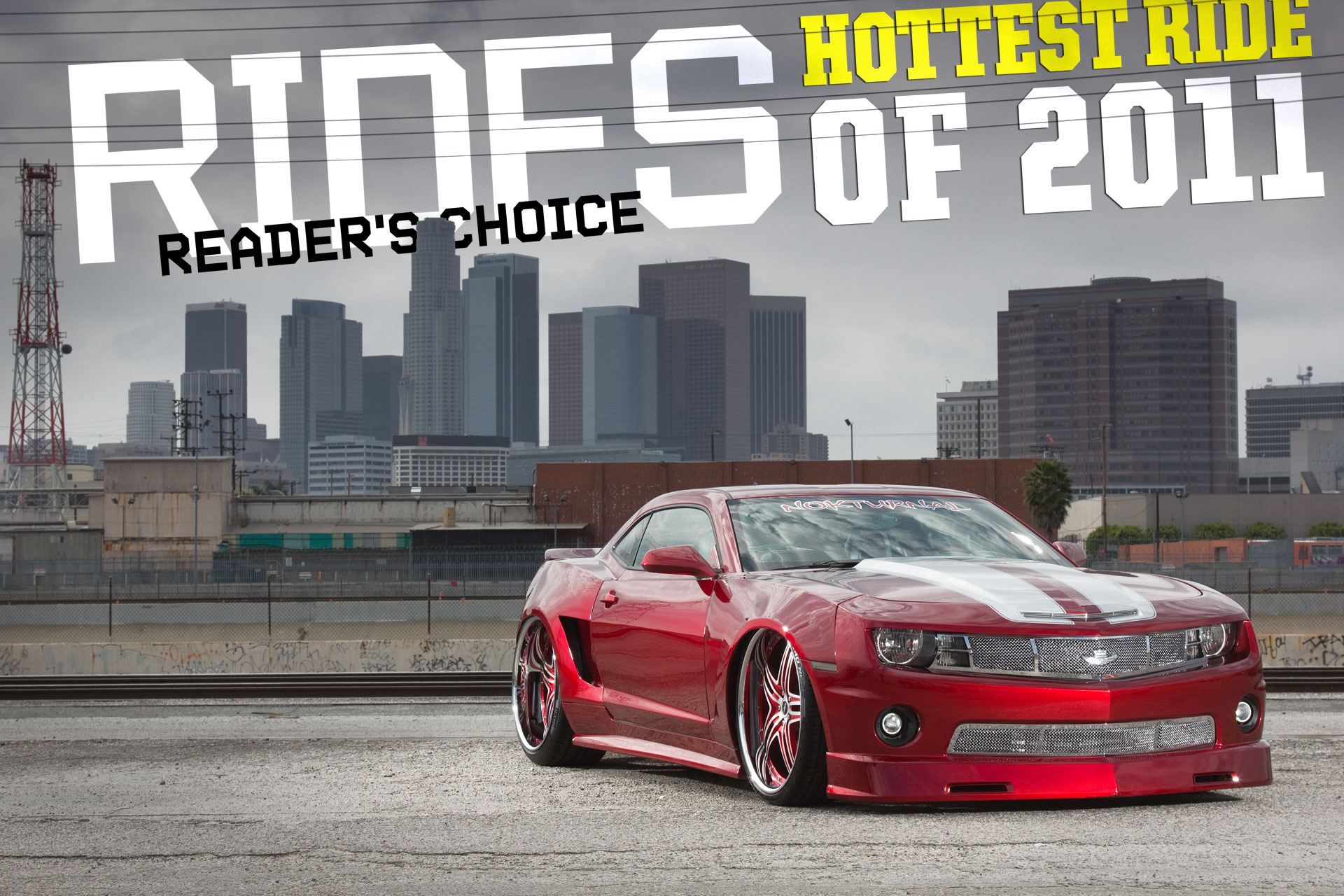 Click the picture to see the full-screen wallpaper version!

We asked you to tell us what you thought the hottest whip seen in RIDES last year was, and you came through with a clear answer—your choice for the hottest car of 2011 is Chito Pacheco’s widebody 2010 Chevrolet Camaro SS, the cover car from the June 2011 issue!

In the final tally, Chito’s supercharged, widened and bagged ‘Maro racked up 41 votes. The next closest contender was the two door Chrysler 300C from the cover of our 50th issue, with 24 votes, while third place went to the red ’72 Impala ‘Vert from the cover of Donk, Box & Bubble Girls, which pulled in six votes.

Of course, we promised a free RIDES subscription to one of our voters, selected at random, and we’ve made our pick—the winner is Daniel, who didn’t give his last name but commented, “Candy Red widebody Camaro is the best one clean and stands out.” Luckily for him, he did give us his email address, so we’ll be letting him know shortly that he won’t have to pay for RIDES this year.

Thanks to everyone for voting, and keep letting us know what you want to see in RIDES!