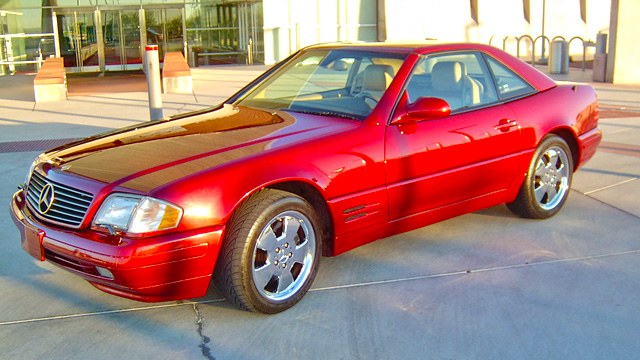 It seems Matthews and Horton had a running joke going about the car, where Matthews would frequently ask when he could take it for a drive and Horton would tell him he couldn’t afford the gas. On his last day, however, Horton approached Matthews and asked him how much cash he had on him; Matthews pulled out a $20 bill, and Horton took it and gave the cook the Merc’s keys.

The car has 64,000 miles on it, which for an old Mercedes might as well be none, so Matthews should be able to get plenty of miles out of his new roadster before it gives up the ghost. Or, of course, he could flip the car instead; the Kelly Blue Book value is a cool $17,735, but with all the hubbub around the story, we bet he could get a little extra out of the deal. [Shout-out to Pittsburgh Post-Gazette and Yahoo!]